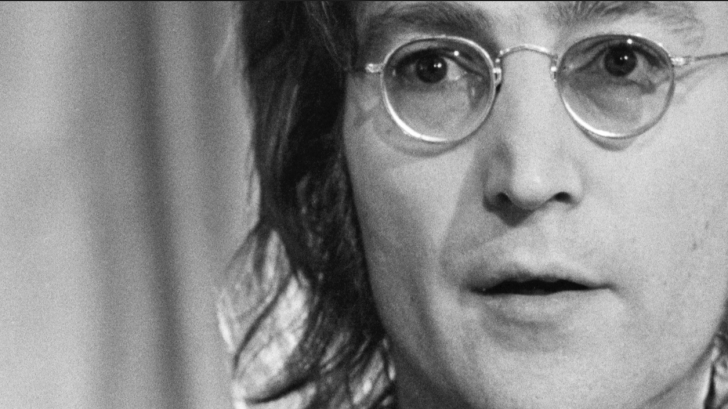 Long before he was raising eyebrows by posing nude for album covers with wife Yoko Ono and winding up on J. Edgar Hoover’s watch list for his staunch anti-war views, late Beatle John Lennon raised quite a few eyebrows when during an interview in 1966 he uttered 4 words that landed The Beatles in hot water.

In early 1966, John Lennon sat down for an interview with his friend Maureen Cleave for the London Evening Standard and during that time posited the theory that Christianity would eventually die out and suggested that in terms of influence over the youths of the era, The Beatles were ‘more popular than Jesus’.

“Christianity will go. It will vanish and shrink. I needn’t argue about that; I’m right and I’ll be proved right. We’re more popular than Jesus now; I don’t know which will go first – rock ‘n’ roll or Christianity. Jesus was all right but his disciples were thick and ordinary. It’s them twisting it that ruins it for me.”

It hardly caused a stir in the band’s native England – but when the interview was printed 5 months later in late July by teen magazine Datebook, The Beatles saw themselves embroiled in a major scandal as radio stations around America called for the ban of their music, with one radio station in Alabama even orchestrating a public burning of Beatles albums and memorabilia.

Suddenly, a nation swept up by Beatlemania when the Fab 4 appeared on the Ed Sullivan Show in 1964 had turned on The Beatles, waging a holy war of sorts against the band for remarks that John Lennon insisted were taken out of context and misinterpreted.

For weeks, the guys held press conferences and interviews in an attempt to get ahead of some of the backlash, forcing John to apologize on national television at a Beatles press conference during The Beatles’ final tour that August.

It’s been 53 years since John’s controversial quip and while thankfully artists today have much more freedom to speak freely without the kind of public backlash John and The Beatles experienced, their situation raises questions as to 1) whether or not John Lennon went too far that day, and 2) how accountable to hold public figures for ideas that some may deem explicit or offensive?

We’ll never know, but on the 53rd anniversary of John’s faux pas, it’s something worth thinking about!