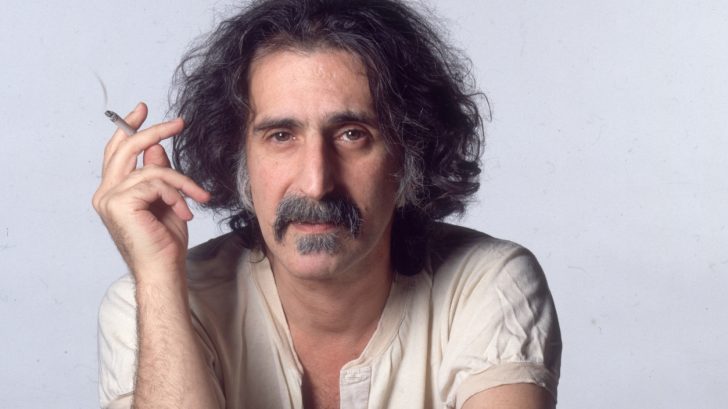 There’s absolutely no denying that Frank Zappa was without a shadow of a doubt one of the greatest musicians that ever walked the face of the earth. He was easily one of the most brilliant musical minds in the world and even today, 25 years after his death, he is one of the most studied and revered musicians ever.

Aside from being a musician, Frank also had careers in composing, activism, and filmmaking, making him one of the most versatile people in our history. But here’s the thing, while we all are aware of what Frank was capable of, the question is, did his career really mean all that much? Let’s dig a little deeper…

When thinking of musicians with stellar, iconic careers such as Frank’s, you’ll often want to to try and think of some truly memorable songs that’d instantly come to their minds. Obviously, with bands like Led Zeppelin, or Queen, or Aerosmith and so on and so forth you can easily name a slew of their respective songs.

But here’s a question for you people who think you’re fans of Frank Zappa. Can you, without looking on the internet, or at any CD/vinyl, name a song of his? My guess is that most of you can’t, and honestly, that’s nothing to be ashamed of, because neither can I, and I’m a rock-writer… The truth is that his music just wasn’t that memorable. Let’s listen to one of his songs together just for the sake of context…

“Cosmik Debris”. Is it a fun song? Absolutely, but ask yourself this, and be honest, are you going to be listening to it over and over again? My guess is that most you probably won’t.

Here, let’s listen to another…

This song is a pretty nice one as well, but again, ask yourself, is this a song that you’ll keep coming back to? Again, probably not. And these two examples are just what the internet lists as his “top searches”, but nothing really stands out. I don’t find myself singing along to any of these songs, nor am I air drumming to any of this stuff.

So why is Frank Zappa so damn iconic after all these years? Well, many reasons all pertaining to the fact that he was an absolute badass.

Aside from being an impeccable instrumentalist, Frank also had the wits and eloquence to do numerous political interviews and give testimonies in front of congress, particularly the infamous PMRC testimony that left congress stunned.

His political views were held in high regard my both fellow musicians and political correspondents alike. Many times during an interview he could silence the person he was arguing with. 9/10 of those times he knew more than his opponent. This gave him a stellar verbal reputation.

Frank was also know for giving many iconic musicians their start. He had remarkably high standards for his bandmates and ONLY accepted the best. Did you know that Steve Vai used to play for Frank? It was their that Steve was given the nickname “The Stunt Guitarist”. The story of his audition is hilariously ruthless.

Steve Vai wasn’t the only one. Drummer Terry Bozzio also got his start with Frank, and soon after went on to become one of the most iconic drummers in history. For many famed musicians, Frank was a stepping stone to achieve astronomical heights. This was something that Frank was proud of.

So, back to the original question, did Frank’s career really mean all that much? My answer, absolutely. He inadvertently gave us a slew of amazing musicians who each have had stellar careers, he’s taken the battle for rock & roll to congress creating one of the most iconic TV moments ever, he even gave Deep Purple their biggest hit without even trying, but above all else, he set the standard for what a true rock star should be.