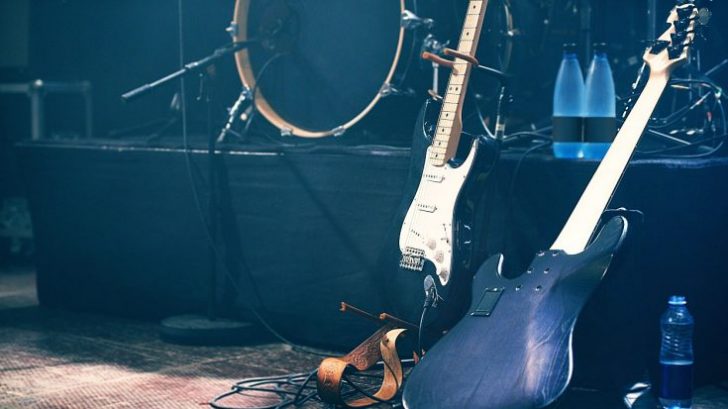 I recently came across a video about a new piece of music technology called the Seaboard. This new instrument is basically a keyboard but with all of its limitations taken away. It’s hard to describe in words, but basically it’s a keyboard with an interface and an aesthetic that is meant for human hands.

Just watch the first 40 seconds of this video and you’ll see what I mean.

So why am I showing you this? Well, after seeing this video I got to thinking about the state of the guitar itself and the one question I kept asking myself is “Is the guitar basically dead/obsolete?”

Now, I’m a guitar player myself and I hoped that I would NEVER have to ask this question. But let’s face it, thanks to the advent of technology such as the Seaboard, the guitar is essentially becoming useless. After all, wouldn’t it make more financial sense to invest in one seaboard (which, by the way, costs around $1,200.00) that can accurately mimic thousands of different guitars rather than invest in one real guitar that can only play its own sound?

Now, my fellow guitar nerds, I hear you. “A piece of tech can NEVER capture the sound and feel of a REAL guitar!” You’re right, for now. BUT… Here’s the thing, the majority of casual listeners of music can’t decipher whether they’re hearing real wooden instruments or not like you and I can, and to be honest, most of them don’t even care.

Now, obviously this isn’t JUST the Seaboard that’s making the guitar obsolete. Keyboards have had the ability to mimic guitars for years now. In fact, I don’t think there’s a single instrument that can’t be replicated on a keyboard. Whether it’s brass instruments, violins, accordions, even drum sets and full orchestras. It’s oddly fascinating.

In my humble opinion, it’s only a matter of time before we ultimately say goodbye to the guitar, all together. But what do you think? Do you disagree? Let me know in the comments!