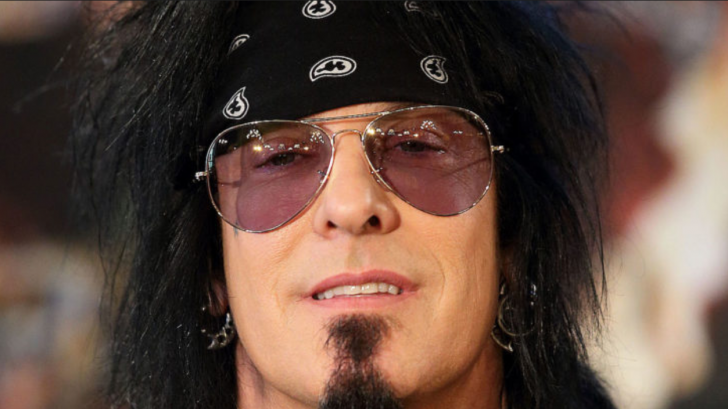 The 60-year-old Mötley Crüe bassist and father of four (soon to be five) is lightyears away from the debauchery and excess of his youth, having kicked his addictions as of 2004 in exchange for a healthier lifestyle. But as many Mötley Crüe fans can remember, there was a time when seeing how fast and how far he could push the envelope was the name of the game – a game that nearly claimed Nikki’s life on December 23, 1987 when a heroin overdose left him legally dead before he was able to be revived.

To call him lucky is the understatement of the 20th century; according to HowStuffWorks, the brain can only survive without oxygen for up to about six minutes after the heart stops if there’s immediate medical intervention.

Nikki was dead for a full two minutes.

Nearly 32 years after the incident that by all rights he should never have survived, Nikki sat down with Rolling Stone to share what dying taught him all those years ago. In true Nikki fashion, the lesson learned is both hilarious and heartbreakingly real – heroin overdoses are anything but glamorous, and often the stress of being revived is enough to make the user wish they hadn’t been brought back at all.

“…it hurts to come back,” Nikki says plainly. “My heart stopped. My body stopped. It’s like you turned the computer off and they restart the computer. It felt like I’d been f—— hit by a truck. Every single thing hurt. My hair hurt. That reboot is a bitch.”

He won’t say exactly what he experienced during those two minutes that he shuffled off this mortal coil. What he will say, however, is that the experience as a whole made it explicitly clear to Nikki that dying for a full two minutes and coming back nothing to do with him, his “will to live” or anything of the kind – he chalks it 100% up to what he calls “some spiritual intervention.”

“Let’s just say there was some spiritual intervention. God knows I wasn’t the one responsible for surviving. I’m not religious, but I’m spiritual. If I leaned toward anything, it would be Buddhism.”

Thankfully, Nikki was able to kick his habit over time and at 60 is quite literally living his very best life, as evidenced by the killer photos he shares to social media. But until the day he dies, he’ll never forget that period in his life and what it taught him.

We’re infinitely proud that Nikki was able to escape addiction’s clutches and go on to live a beautiful, full life – a life that he was nearly robbed of more than 30 years ago. Check out this awesome interview where he gives some great advice for struggling addicts.

But don’t worry about offending him when you bring up that fateful night. If anything, it also taught Nikki how to laugh at it and gave him a one-liner that almost never goes over well in the Bible belt:

“Jesus Christ and I both died and came back.”