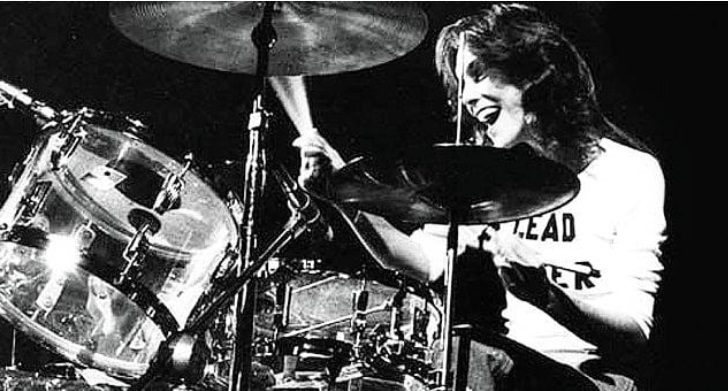 Learning how to play the drums isn’t that difficult. But being good at it is another story as it takes years of practice. Being recognized in the world of rock and roll as a drummer is another level. It takes a great deal of talent, skill, and perseverance. And these ladies have all of it.

Best known as the drummer for The Velvet Underground, Maureen “Moe” Tucker was drafted after the original drummer, Angus MacLise, left. She started playing when she was 19 years old without formal training. Moe is regarded as an avant-garde icon of rock and roll. She also did vocals, guitar, and bass.

“Mo was a great drummer in a minimalist, limited, autodidactic way that I think changed musical history. She was the punk notion of how the beat works begin.”

Rock and roll became Sandy West’s passion when she was only 9 years old. Right from the start, she already loved rock music from the ’60s and the 70s. Later on, she became an inspiration for women to learn drums. West then co-founded an all-women teenage American rock band called The Runaways. “Cherry Bomb” is their most notable song and can be heard in the movie Guardians of the Galaxy (2014).

Palmolive entered the world of punk rock when she dated John Mellor or Joe Strummer of The Clash. With Ari Up, Palmolive formed an all-female punk band The Slits. The band usually performed along with The Sex Pistols, The Buzzcocks, and The Clash. However, tension rose within the group and Palmolive left. She then moved on to another female punk groupThe Raincoats in 1979.

Punk rock has a reputation as an aggressive genre of rock music, but Palmolive showed the world that ladies can fit right in.

Honey Lantree was one of the few female drummers in the 60s. She was like a rare jewel in the male-dominated rock and roll decade. The Honeycombs slowly gained fame with their songs, but Lantree stole the spotlight. Magazines soon became interested in her sense of style and became the center of attention.

Perhaps the most renowned female drummers in rock history, but also a tragic one. Karen Carpenter not only played drums, but she was also a singer. Paul McCartney was even captivated by her voice. Unfortunately, Karen suffered anorexia and passed away prematurely on February 4, 1983. She was 32.