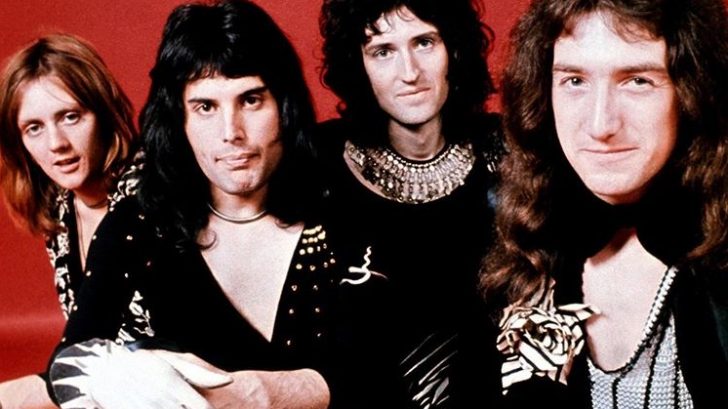 With the release of their biopic Bohemian Rhapsody in 2018, Queen is very much keeping themselves alive through their music. Though Freddie has passed on, the soul in his music still continues to inspire generations. Queen has laid the bedrock of hard rock music.

For most listeners, it’s hard to say how can a band like Queen can influence metal or hard rock. The band tends to lean more towards pop rock. If anyone would talk about metal rock influences, the first thing that would come to mind are bands like Led Zeppelin, Metallica, and Black Sabbath. Though a rock band, Queen wasn’t heavy rock or metal rock.

However, two albums released in 1974 made a lasting, straightforward impression on future metal groups.

Queen II was released on March 8, 1974, and took the No. 5 spot on the UK charts. An astounding feat for an album recorded in just one month. The second album released 9 months later, on November 8, Sheer Heart Attack. This album was the fuel that launched Queen into international stardom.

Queen II had a more aggressive, vicious, and tense, yet the spectacular type of tracks. The album had the fire that would forge heavy rock artistry. Sheer Heart Attack was on a different scope. It revolved around pop and traditional rock that would be the signature Queen sound.

In an interview with Atlas magazine, Guns N’ Roses lead vocalist Axl Rose commented that “Queen is the greatest band and Freddie Mercury is the greatest frontman of all time”. The same sentiment is also shared by Scott Ian of Anthrax. Rob Halford of Judas Priest also commented that Freddie was “an inspiration” and “his voice is remarkable”. Metallica covered their own version “Stone Cold Crazy” and cited how Queen has greatly influenced their music.

Indeed, Freddie’s voice was truly magnificent. Whether he sang about his cats or escaping reality, his incredible voice had a fantastic force. His vocals could erupt with energy and in the next moment drop to a melodic whisper.

Heavy metal band The Darkness took after Freddie’s showmanship. Though their vocals cannot match Freddies, their ensemble and theatre-like performance do. Founder Dan Hawkins also cited that Queen was one of their major musical influences. They even performed Tie Your Mother Down with Brian May.

Queen’s influence in rock isn’t complete without mentioning Brian May and Roger Taylor. Taylor’s shrieks in Ogre Battle became the foundation for heavy metal vocalists like Bruce Dickinson and Rob Halford. In Stone Cold Crazy, May’s solo on the guitar laid the trail for many metal guitarists to follow. Another practice May popularized was two-handed tapping in his solo It’s Late, and several months later Van Halen popularized the technique.

Stone Cold Crazy was the first thrash metal and the forerunner of speed metal. British music magazine Q considers the album as “thrash metal before the term was invented”. Queen pushed boundaries of musical creativity and explored different genres. Their music reached more ears and that’s what makes them endure.

Like their track hit We will rock you, Queen definitely rocked the hard and metal rock genre.