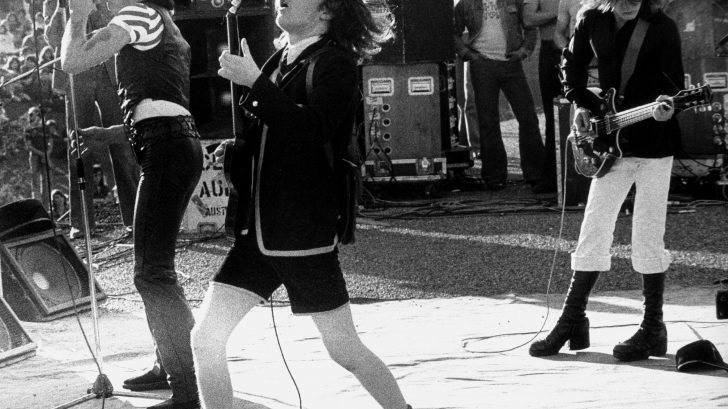 AC/DC has an epic adventure over the past decades. With a musical career of over 30 years, these guys are still rocking it. Critics often say that AC/DC sounds the same, but millions of listeners tend to disagree.

Check out this list of the top 10 AC/DC Albums ranked from the worst to the best:

A comeback after an 8-year hiatus. Black Ice has become reliant on mid-tempo and verse chorus. It is not the band’s originals either. Critics claimed that it has nothing unique to offer.

8. Flick of the Switch

Fans would call this album as “back to basics”. Instead of moving forward, the band decides to go back to their roots. However, critics claim that their tracks sound more like “reheated leftovers”. Tracks such as “Nervous Shakedown” “Guns for Hire” “Bedlam in Belgium” “Rising Power” and “Deep Hole” ranged from acceptable to dull.

Released in 2014, AC/DC fans thought that this would be the end. Diagnosed with dementia, Malcolm Young retired from the music scene. Even so, it was widely welcomed by fans and critiques alike. Tracks like “Play Ball” and “Dogs of War” still bears the band’s signature riffs and rhythm.

5. Let There Be Rock

The album that embodies what AC/DC is all about: pure rock and roll. True enough, it exhibits the band’s popular tracks. Listeners can experience the intense energy of AC/DC music in hits like “Overdose”, “Go Down”, “Whole Lotta Rosie”, and “Bad Boy Boogie”

The Razor’s Edge had a fair amount of negative reviews. Rolling Stone magazine called it “AC/DC sets a new record for the longest career without a single new idea.” Nevertheless, the album took the #2 spot on the Billboard 200 charts and stayed for the next 77 weeks. It also reached #4 spot on the UK charts. AC/DC continued to awe fans with tracks like “Moneytalks” “Are You Ready” “Mistress for Christmas” and “Thunderstruck”.

Fans are treated to fantastic guitar riffs thanks to Angus and Malcolm Young. This was the best-received album by the band’s critics. Powerage was proof that Scott and AC/DC wasn’t about noise but filled with poetry.

According to Edwin Faust of Stylus Magazine, Powerage is “AC/DC’s best album…because it isn’t simply about sex, drinking, and tongue-in-cheek Satanism, but shows a band ‘growing up’”.

The first album that sold millions and the last album recorded with Bon Scott. What better way than to leave fans with tracks like “Highway To Hell”, “Girls Got Rhythm”, and “Touch Too Much”.

Following the events of losing Bon Scott, the band bounces back into the scene with Back in Black. Angus called the album as “a tribute to Bon”. Back in Black was AC/DC’s most successful in their entire career. The album places as the second biggest-selling, just behind Michael Jackson’s Thriller.

Scott’s untimely death had shaken the band. But Brian Johnson took the helm and lived up to his predecessor’s legacy. With hits like “You Shook Me All Night Long”, “Shoot To Thrill”, and “Back In Black”, the album became an identity of the band. The album’s influence is so great its hits are still being played in movies, shows, and video games.