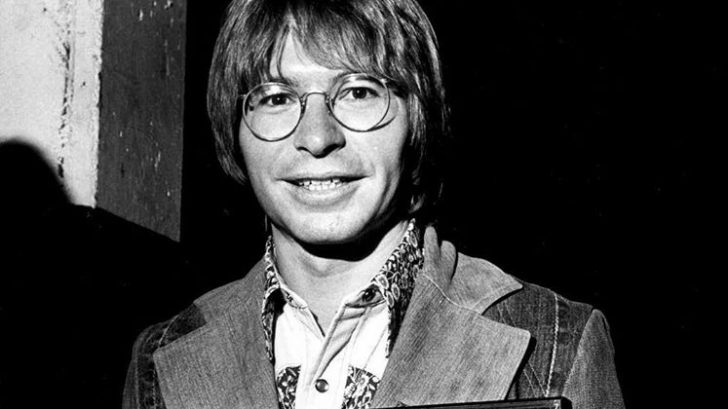 After singing “Leaving On A Jet Plane”, Chantal Kreviazuk became well-known. But not a lot of people are familiar with the original singer, John Denver.

By the ‘70s, Denver became an emblematic musical figure. He was more than a musician, but also a pivotal political activist. Unfortunately, he met his untimely death in 1997 and his name had seemingly faded away.

Born as Henry John Deutschendorf Jr., he changed his name to John Denver to appeal to the public. It certainly did. From then on, the name Denver has been strongly associated with country life and nature.

14. His Father Was In The Air Force

John Denver’s father, Henry John “Dutch” Deutschendorf was an airforce pilot. As a military man, this led the family moving from one place to another. Denver once stated that he was an army brat and he had a hard time making friends since he didn’t stay long in one place.

Denver described his father as stern and showed little affection towards him and his younger brother. Nevertheless, in mid-1970 his father taught him to fly, bringing them both closer. Flying became Denver’s passion which ultimately led him to his death decades later.

As a military brat, he had a hard time making friends in every place his family would move. This turned Denver into a shy and introverted boy. But he didn’t mind being alone.

The young John Denver found solace in nature that would become his source of musical inspiration.

12. His Grandmothers Helped Develop His Passion For Music

Both his maternal and paternal grandmothers developed Denver’s love for country music. While residing in his grandmother’s farm in Corn, Oklahoma, she introduced him to classic country music. His other grandmother gave him an acoustic guitar as a present when he was 11.

11. “Leaving On A Jet Plane” Captured His Loneliness

Chantal Kreviazuk’s cover on “Leaving On A Jet Plane” was played in the 1998 film Armageddon. The song became strongly attributed to her and not a lot of people know the original singer. Denver originally had the title “Babe I hate to go”, but producer Milt Okun persuaded Denver to change the title. They changed it to from the line taken from the chorus.

Denver wrote the song to express his loneliness while being part of The Chad Mitchell Trio. The group was constantly on the road, traveling around America to perform. In the height of the Vietnam war “Leaving On A Jet Plane” became a touching song for soldiers. It’s mellow rhythm and meaningful lyrics mirrored the soldiers’ sentiments of being away from home.

When Denver first started out, he faced a lot of rejections. Most music companies thought that his music was more on the folk genre and he wasn’t what they were looking for. At that time, rock stars with long hair and wild outfits were dominating the scene. Denver’s clean-cut and suited appearance didn’t fit in. Good thing that Harry Jenkins signed him up with RCA. He soon became the record company’s highest selling artist.

9 .“Calypso” Is About A Friend

Jacques-Yves Cousteau was a close friend of Denver. The two met while on set in a television special and eventually developed a close friendship. In honor of their friendship, Denver composes “Calypso”, named after the oceanographer’s ship. It’s also rather interesting that Cousteau’s death on June 25, 1997, was mere months before Denver’s.

John Denver always had this innocent country-boy persona that everyone likes. That’s not the case with Charlie Rich at the Country Music Awards in 1975. When Denver was nominated as the Entertainer of the Year, Rich was supposed to present him the award. However, before Rich could announce Denver as the recipient, he takes out a lighter and ignited the slip.

This action had cost Rich his career. The 1975 CMA was the last one he would ever attend after that. Industry insiders were also furious of Rich’s shenanigans. At that time, people thought that it was a message that Denver’s music wasn’t welcomed in the country genre.

7. He Could Have Been The Lead In An Officer and A Gentleman

Denver occasionally did acting for television and movies. The cast for the 1982 movie An Officer and A Gentleman originally had him to play as Zack Mayo, an Aviation Officer Candidate. According to Denver, he declined the role. It was then played by Richard Gere.

6. He Is Honored In Colorado

Colorado hosts diverse lands from dry deserts to snowy mountains. As an outdoorsman, this state holds great significance to Denver. He loved Colorado’s outdoors and subsequently, he purchased a home in Aspen, where he resided until his death. Most of his songs were inspired by Colorado’s nature.  He was named as the poet laureate of the state in 1974. Denver was also the first conscript to be included in the Colorado Music Hall of Fame.

Denver lost his 2 toes in a lawnmower accident when he was 18. Due to this, he wasn’t drafted into the military even though receiving a notice in 1964. He was classified as disabled and hadn’t served on any division in the military. This puts to rest rumors that have circulated that Denver served as a sniper in the Vietnam War. This stemmed from the fact that his father was in the air force and his younger brother was a Vietnam War veteran.

4. He Founded The Hunger Project

As an outspoken activist, The Hunger Project was founded in 1977 by Denver alongside with Robert W. Fuller and Werner Erhard. President Jimmy Carter elected Denver to serve on the President’s Commission on World Hunger. He also wrote the theme song for the organization, “I Want To Live”. Denver played “Rhymes & Reasons” in the 1979 Music for UNICEF Concert. The royalties garnered from the concert were then donated to UNICEF.

3. Texas Was His Last Performance

John Denver’s last public performance was in Corpus Christi, Texas on October 5, 1997. The venue was at Selena Auditorium. He died exactly a week later.

2. His Plane Crashed Near Lover’s Point

Denver tragically lost his life in an airplane crash near the coast of Monterey Bay, California. His plane crashed 100 yards away from the famous Lover’s Point.

1. Going Back To Nature

Denver died immediately from the crash. His remains were then cremated. John Denver’s ashes were then scattered over the Rocky Mountains of Colorado, a place where he drew inspiration for his music and where he felt at peace the most.