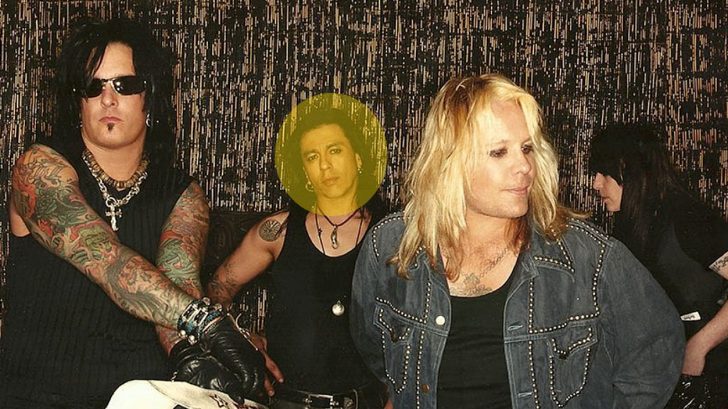 For as many iconic rockstars we see on stage and in music videos everyday, there are probably the same amount of session/touring musicians that help keep the rock & roll machine running. These are the ones that often go unnoticed by the casual fan, but they are essential utility players for bands that are in desperate need of a touring musician or studio musician.

I’m sure you can think of quite a few of them. But for my money, there’s one that stands out above all else in the world of hard rock and heavy metal, and that’s the late, great Randy Castillo.

so if you guys didn’t know…I did end up purchasing the modern drummer magazine with randy on the cover. I couldn’t resist. – HOWEVER! there is a very lengthy interview and some possibly rare photos that I might share. would you be interested in me posting parts? sound off in the comments please.?

You may already know who this guy is, but you may not know just HOW important he was to so many legendary rock bands/artists. To put it simply, he was the secret weapon in helping evolve the sound of classic rock during his prime. He was arguably the coolest drummer that played for such artists as Lita Ford, Ozzy Osbourne, and Mötley Crüe among many others.

He was originally inspired to learn the drums after seeing The Beatles perform on The Ed Sullivan Show and for him there was no looking back. He got his start playing drums for Lita Ford and it was from there that he was recruited to play drums for Ozzy Osbourne.

Playing for Ozzy catapulted him to height of popularity that he never thought possible and from their he considered by many to be a top-tier even replacing Tommy Lee in Mötley Crüe for a brief stint.

I dyed my hair for the first time today and it was a success! It looks awesome! – Also, I keep posting lineup photos, my apologies if you would like to see something else. – Ozzy lineup 1990s featuring Zakk Wylde, Mike Inez, Ozzy Osbourne, and Randy Castillo.⚡️

Unfortunately, Several weeks before joining Mötley Crüe on their ‘New Tattoo’ tour, he received news that he had a Duodenal Ulcer that had ruptured his stomach. This was after he had collapsed during a show at the Cat Club in Hollywood. Randy had to sit out the tour to recover from an emergency surgery, it was during then that he had gotten something even worse…

After discovering a lump on his jaw that would eventually grow into the size of a golf ball, he was diagnosed with a fatal form of cancer called Squamous Cell Carcinoma. He died from this on March 26, 2002. He was only 51.

second photo that I will share from the November 1987 issue of “Modern Drummer” with Randy Castillo on the cover. – This photo is one of my favorites in particular, and shows him in action. doing what he does best.? – I live for this man, and I also wish I had that awesome sweater.

It simply goes without saying that even all of these years after his passing, Randy Castillo was, is, and always will be one of the most iconic and influential drummers in all of rock & roll. He was without a doubt a mainstay in the world of rock & roll and had the chops to play with just about any rock/metal band. There’s no telling what he could’ve done had he still been alive today, but we do know this, it would’ve been amazing.