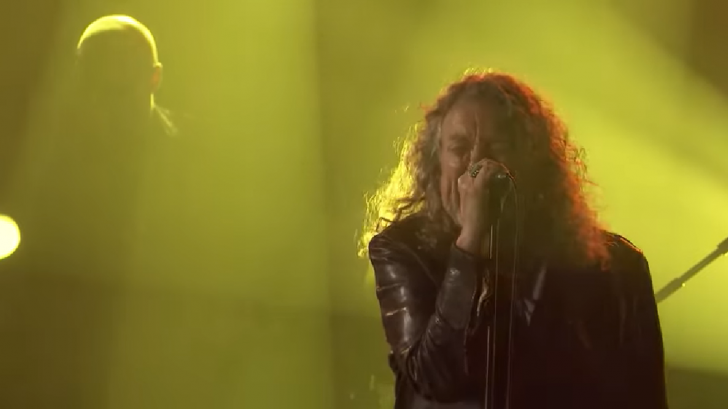 The second album is just as crucial as the first. Second or sophomore albums are defining factors in careers. This ensures the continuity of a musician or a band.

Fans will see if there is anything interesting or new with their favorite artists. Are they just a one-hit wonder? Or is it just the same rabble, scrambled, and reheated?  Sophomore albums are do-or-die.

The Cars’ guitarist and vocalist, Ric Ocasek, blended rocky rhythm with new wave. Their tracks alter from art rock, new wave, and pop. The album begins with the catchy “Let’s Go”, which scored their first Top 20 hit. Candy-O contains underrated tracks like “It’s All I Can Do” and “Night Spots”.

Recognized as one of the most reputable albums in the heavy metal scene, Paranoid takes the 131 spot in Rolling Stone’s The 500 Greatest Albums of All Time. Kerrang! magazine notes the album at No. 39 in 100 Greatest Heavy Metal Album of All Time. Tracks like “War Pigs” and “Planet Caravan”  treats fans to a dark subliminal rock and roll experience.

After his dismissal from Black Sabbath, The Prince of Darkness Ozzy Osbourne builds his own career. And Diary Of A Madman sets Osbourne back in the rock and roll scene.

Music critics call the album as a “carbon copy” of their 1978 debut counterpart. Though rarely recognized, Van Halen II is one of the band’s finest works. With hits like “Dance the Night Away” and “Beautiful Girls” , The Rolling Stone Album Guide commends the album for its delightful and festive tracks.

Heavy metal band Metallica found their identity with the release of their sophomore album Ride The Lightning in 1984. It propelled the band into superstardom of heavy metal rock in the modern times.

Ride The Lightning expanded Metallica’s boundaries, explored new ventures, and refined the band’s style. Along with it, the album had received critical acclaim from music critics everywhere. Guitar World commended the album for “resetting the course of metal itself”.

Right after the release of their debut album, Led Zeppelin didn’t waste any time giving their fans more of their music. Before Led Zeppelin II hit the shelves, it had a preorder of 400,000 copies.

Led Zeppelin II starts off with the classic “Whole Lotta Love” which conquered the Billboard 100 in 1970. With tracks “Ramble On”, “What Is and What Should Never Be” and “Moby Dick” in tow, Led Zeppelin had drawn out the design of hard rock in the next years.

Jimi Hendrix continues to dazzle his fans with Axis: Bold as Love. Hendrix’s style sizzles the music scene with an exciting mixture of jazz, rhythm and blues, and hard rock. Though some critics cite that Axis is the least memorable, it still climbed its way to the #5 spot in the UK and #3 in the US. Hendrix heats up the music scene with tracks like “You Got Me Floatin’” and “Bold As Love”.

The young musician nearly faded to oblivion after his failed debut album, Bob Dylan. However, that all changed with his second one, The Freewheelin’ Bob Dylan. It showed the singer in a whole new light.

Songs such as “Blowin’ in the Wind”, “Talkin’ World War III Blues”, “Masters of War”, and “A Hard Rain’s A-Gonna Fall” expresses despondent, angry, and overt political views. Dylan was becoming a candid social critic. By the time he was 22, he was considered a notable figure in music in America. He represented the youth speaking out against the Civil Rights Movement and nuclear disarmament.

Following their success with their first album, The Beatles prove they still got something up their sleeves.

In 2003, With The Beatles was ranked 420 on Rolling Stone’s The 500 Greatest Albums of All Time. The album cover is in monochrome and fashion photographer Robert Freeman captures four young men with serene expressions. But the tracks contained were far from serene: they were euphoric, upbeat, and coy. Their tracks burst with rough-house rhythm and zesty beats. This cover art would then be emulated numerous times by different artists.

With The Beatles features original compositions by Lennon-McCartney and Harrison’s first recorded solo. The quartet sang their own version of Chuck Berry’s “Roll Over Beethoven”. This album would introduce the world to Beatlemania.

Queen’s second album remains to be an all-fan favorite. Though overshadowed by other works, Queen II is one of the band’s finest accomplishments. The album showcased the band’s musical diversity and has since become a pivotal work in shaping metal and glam rock. Queen II has amassed numerous awards and accolades over the years.

Queen II features tracks like “The March of the Black Queen”, “White Queen (As It Began)”, and “Ogre Battle” which are the gems of metal rock.