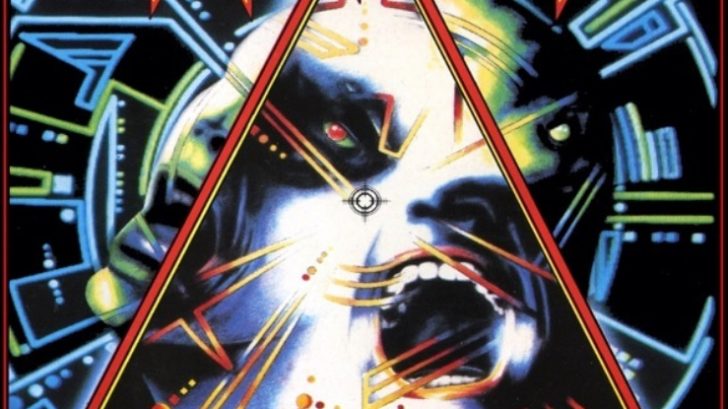 Def Leppard had been through hell and back producing their fourth studio album. Hysteria’s production took a course of three years due to nightmarish delays, a perfectionist producer, and Rick Allen’s accident that had changed his life forever. Visualized to be on the same level as Michael Jackson’s Thriller, each song was written with careful consideration.

All of the mishaps, delays, and planning had paid off when Hysteria launched Def Leppard into superstardom. Not to mention that Rick Allen overcame all odds and persevered.

Let’s take a look at Hysteria’s 12 songs ranked from best to epic:

A classic rock song in the ‘80s, “Don’t Shoot Shotgun” has the right catchy rhythm and lyrics. The song is quite subtle for hard rock. Nothing truly remarkable, but still passable.

Lange, the album’s producer, took great delight in the rendering of the song’s chorus. Inspired by Michael Jackson and Mick Jagger’s “State of Shock” single, the band wanted to make something that reaches out to a wider audience. In the 30th-anniversary liner notes, Joe Elliott points out the concept behind “Excitable”

“We wanted to make a rock song that you could dance to, but that didn’t sound like the Bee Gees.”

The track starts off with striking guitar riffs and soon followed by sharp beatings of snare drums. The song offers more of an adventurous side. Though a little languid, “Run Riot” creates are more interesting rock and roll background.

True to its title, “Love and Affection” shows sensuality. The guitar riffs are heavier and drums beat to a moderate pace, showing off with more allure. The song is more simple and quite vocal.

A more dynamic track that starts to stand out from the rest. The tempo builds up as the track starts. It’s more of a laid-back rock and roll track that anyone can listen to a party.

A track that’s designed for the radio with enormous joint vocals, “Rocket” is where Hysteria begins to shine. From the thundering beats of Rick Allen’s one-handed playing of the drums to the delivery of the lyrics, “Rocket” was perfect for the rock and roll decade.

At its opening, “Women” has that sultry guitar riffs. The rhythm of rocking guitars and Allen’s drums dominate the tune. Along with coy lyrics, the guitars integrated well with profound and subtle synthesizers and layers of notes in the background. The track hit has since been addressed by fans as a classic Def Leppard song.

Def Leppard gets experimental with “Armageddon It”. The track is a combination of glam and punk rock. Mutt Lange contributed much to the writing of the track and fans can see the styles that influenced the band. The lyrics are fun, playful writing with words. “Armageddon It” landed the No. 3 spot in the Billboard Hot 100.

The title certainly carries certainly double meaning if one is imaginative enough. And Def Leppard fans, once again, have Mutt Lange to thank for this track. Lange brought this song to the band’s attention which was a country power ballad, something the band hasn’t done before.

The track hit is the only Def Leppard hit to take the No. 1 spot in the Billboard Hot 100 and No. 3 in the US Album Rock Tracks.

A love song, but in a Songfacts Interview, Phil Collins calls this track as “finding spiritual enlightenment”.

Years have passed, but the track has never lost its appeal. It is still as fresh as ever. It has this subtle tune but does not stray away from the band’s rock and roll roots. It has that undeniable timeless edge which makes it an outstanding work that is one of the songs that had defined the ‘80s rock and roll.

Once again, Mutt Lange’s perfectionism makes another goal for Def Leppard. Slick, immersive, and pristine, Lange made sure that every aspect of “Animal” was flawless.

The song was written in 1984, but it took 2 years to complete. And it was worth it. The track was Def Leppard’s first hit to reach the UK’s Top 10 and reached the 6th spot in the UK Singles Chart.

As the production of Hysteria was closing, Lange pushed the band for more tracks. During a break, Joe Elliott picked up an acoustic guitar and started strumming “Pour Sugar On Me”. Eventually, Lange overheard the tune and told the band to include it in the album. Another of Lange’s great call for Def Leppard.