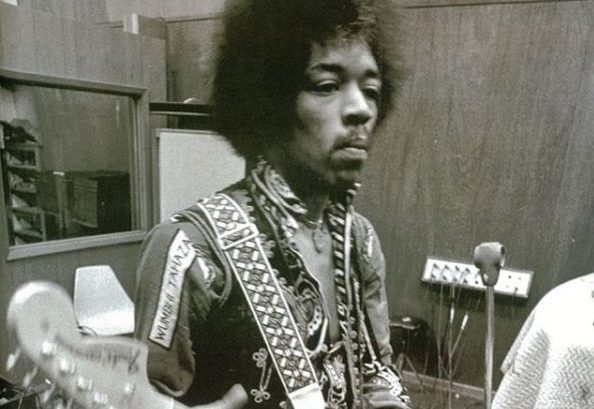 Conspiracy theories spark interest in anyone. It can be both comical and intriguing of how some people can come up with ludicrous theories. Especially if it has something to do with celebrities or famous figures in history. It does spark interest especially if two people share similarities.

Take for example the most absurd Jimi Hendrix conspiracy theory. According to some, Hendrix didn’t die from drug overdose. Rather, it was just a ruse so he could pursue another career with a different identity. And that different identity was Morgan Freeman.

What could possibly make some people theorize that Hendrix and Freeman are the same people? Let’s take a look at their backgrounds.

James Marshall “Jimi” Hendrix was originally named Johnny Allen Hendrix on November 27, 1942. He grew up in an impoverished background due to his father, James Allen Hendrix was unable to find work and provide for the family after he went AWOL in his military service. James Allen, alongside his wife and Jimi’s mother, Lucille, were alcoholics and the couple would fight when they are intoxicated.

Hardships didn’t stop Jimi Hendrix to be a world-renowned superstar. In his short career, Hendrix was not only a guitarist but a singer and songwriter as well. His mainstream career had just spanned for 4 years, but he has since been regarded as an influential guitarist in the history of rock and roll. Jimi Hendrix has been regarded as “the greatest instrumentalist in the history of rock music” in The Rock and Roll Hall of Fame.

Morgan Freeman is an American actor, narrator, philanthropist, and director. He was born on June 1, 1937, in Memphis, Tennessee to Mayme Edna and Morgan Porterfield Freeman, a teacher and a barber respectively. Freeman began acting at a school play when he was only 9 years old. When he was 12 and still in school, he won a statewide drama competition. When he graduated in 1955, he enlisted in the United Air Force and rose to Airman 1st Class.

People won’t ignite a conspiracy theory without a spark. There are certain similarities and coincidences that point out that Freeman is Hendrix covertly. Here are instances wherein that points to such a theory.

2. Both men are ethnically black

4. Both served in the military for a time

Freeman is a bit older than Hendrix if the latter was still alive. Freeman does look so uncannily similar to Hendrix was he was younger too. Plus, currently, the actor owns a music bar in Memphis.

Could it be possible? You decide.