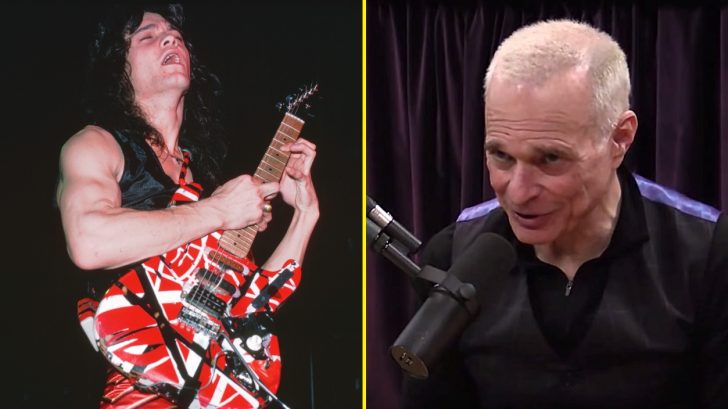 The truth is that Eddie Van Halen helped reinvent the electric guitar and how musicians use it. Before Eddie came around, the electric guitar was already the weapon of choice for rock & roll, but once Eddie had done his work with Van Halen, the standard had been set even higher and if you couldn’t hit a million notes a minute without breaking a sweat, you just simply weren’t on his level…

Nevertheless, Eddie’s solos are the stuff of legend. He is often credited for perfecting the method of tapping and overall he is one of the absolute greatest rock guitarists in history; pure and simple.

However, what you may find interesting is that David Lee Roth recently revealed that there is actually a pretty simple trick that Eddie used to get all of his greatest solos.

David revealed this on an episode of the Joe Rogan experience where he talked about a great many things including the band’s cultural impact, life and the road, and, you guessed it the secret to Eddie’s solos. Check it out below!

The trick is simple, but it worked gangbusters for Eddie getting some of his best solos.

Just think, your favorite Van Halen solo may just be a Frankenstein of a few different takes. It’s fascinating!