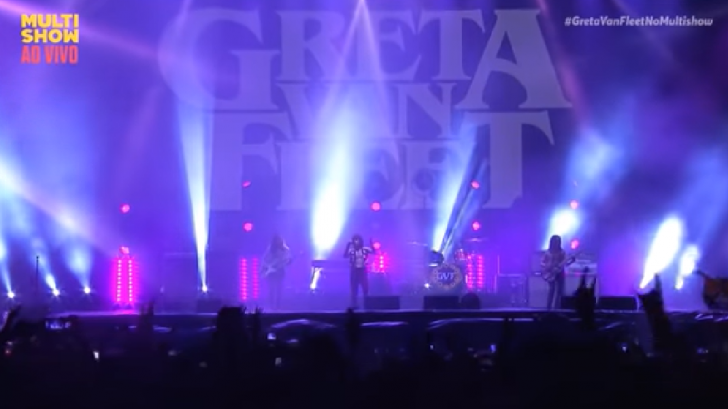 Brazilian fans welcomed the musicians with spirit. The band delivered a set of 9 songs from their debut album “Anthem of the Peaceful Army”. They also performed EP’s from 2017 namely “From the Fires” and “Black Smoke Rising”. In February, Greta Van Fleet won a 2019 Grammy Award for Best Rock Album in the 61st annual ceremony in Los Angeles, California.

Greta Van Fleet is on the road to promote their unabridged debut studio album “Anthem of the Peaceful Army” which was released last October 19, 2018. The album contains 10 tracks and an overall run time of 45 minutes and 53 seconds.

Brazil was one of the stops in the band’s tour. It was their third Lollapalooza presentation in the midst of South American gigs. Related events were held in Argentina and Chile in the previous month.  In Greta Van Fleet’s official Twitter account, they expressed their appreciation on their fans’ welcome.

“The past weeks have been transformative, we cannot wait to return one day. Thank you for your exquisite energy and love.”

The past weeks have been transformative, we can not wait to return one day. Thank you for your exquisite energy and love. pic.twitter.com/wVqPJVWlSG

The concert was a very much welcomed come back after postponing the rest of their Australian tour and canceled their European one after Josh Kiska had an upper respiratory infection. It steadily evolved to laryngitis and Kiska was advised by his doctor not to sing in the meantime for it might eventually damage his vocal cords.

Greta Van Fleet is often compared to Led Zeppelin. Jake Kiszka mentioned that he has studied intensely under Led Zeppelin’s Jimmy Page, but also had several guitarists as an influence their music. Pete Townshend, Eric Clapton, and John Lee Hooker are just some of the musicians who influenced Jake Kiszka guitar playing.

Greta Van Fleet will be playing on two more dates in Mexico City before the month of April ends. After their tour in South America, the band will set out to North America in Miami, Florida on May 7.

Check out their performance in this video: