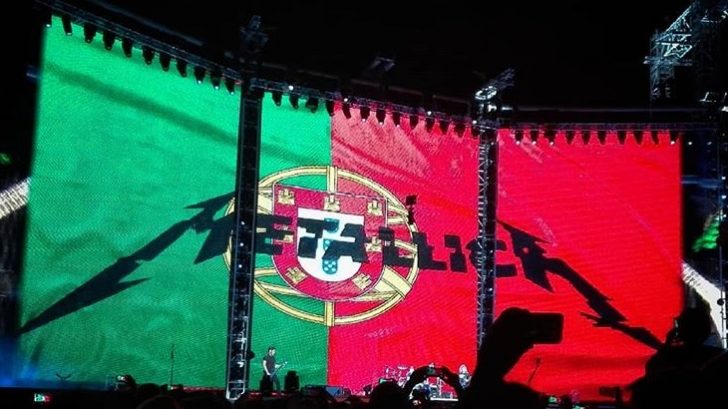 Metallica fans in Europe are in for the best treat ever as Metallica kicks off their European tour on May 1. The tour is in support of the band’s 10th studio album, Hardwired…to Self-Destruct.

This is the band’s first performance after they finished the North American tour last March 13. There were also added bonuses such as four of their tour debuts. Metallica indulged their fans with the 1986 Disposable Heroes, and 1991 The God That Failed which they hadn’t performed ever since June 2012. Also included in the lineup are Frantic and Lords of Summer from 2003 and 2014 respectively.

This is the continuation of their WorldWired tour which is already in its third year. The band started their album promotion tour last February 6, 2016. WorldWired is set to end by November 2, 2019. Metallica started the tour of the European spring and summer segment on May 1, at Estadio do Restelo in Lisbon, Portugal.

The American heavy metal band is also accompanied by two Swedish rock bands namely Ghost and Bokassa. The two joined Metallica on their European tour opening night and will be also be trekking alongside them for the whole 25-dates. They will be present up until the end of the tour.

After the show in Lisbon, Metallica posted in their official Twitter page to thank their Portuguese fans. Along with the tweet, there was a video summing up the event which also includes an orchestral arrangement from Nothing Else Matters, a classic work from 1991.
“Lisbon! Thanks for joining us in kicking off the summer the summer stadium tour at Estádio do Restelo! ”

Lisbon! Thanks for joining us in kicking off the summer stadium tour at Estádio do Restelo! #MetInLisbon https://t.co/EpITFZXSav

The Hardwired… to Self-Destruct album was launched on November 18 in 2016. The European tour has already earned a portion of a billion dollars.