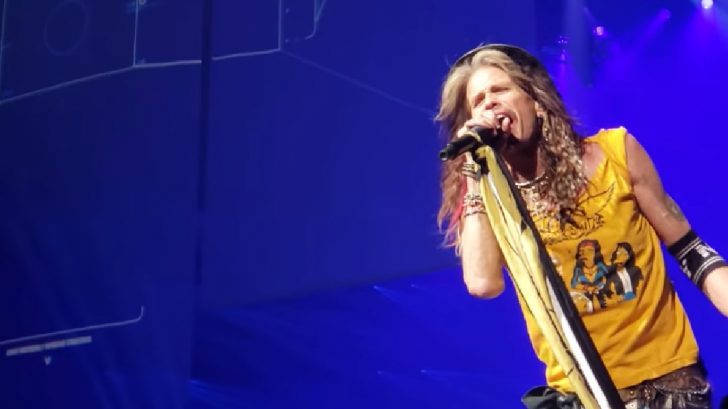 Most people who are in their 70s would probably slow down and retire. But not for Aerosmith frontman Steven Tyler. Truly, the man was named “Demon of Screamin’” with a good reason.

Tyler’s passion for singing beats the test of time…and age. He had been singing with Aerosmith since 1970 and they’re certainly not stopping any time soon. Tyler and the band’s passion still burns bright.

A fan recorded this video last April 6 where Aerosmith performed live in Las Vegas at the Park MGM Theater. Like his performance in his youth, Tyler owned the crowd. He still has that appeal that never seems to wane.

In a charming moment, Tyler asked if anyone in the audience has a hat to spare since the singer had lost his to the crowd earlier. A fan obliged and threw one to Tyler. The frontman then put it on and wore it throughout the performance. As he starts on the song, Tyler directs the mic to the audience, accompanying him to the song. That action shows enough how he cares for his fans and appreciates their admiration.

The Aerosmith frontman is still energetic as ever as they performed “I Don’t Wanna Miss A Thing”. This hit was released in 1998 in the science fiction disaster film “Armageddon” which starred Tyler’s daughter, Liv Tyler.

Tyler’s passion for singing doesn’t seem to age as he does. He is already a grandfather, but he could still hit those high notes. Looking back on his performance in his Aerosmith heydays, it’s still flawless and powerful as ever. He seems to be the coolest grandpa around.

We all could marvel on what makes Steven Tyler a legendary rock and roll icon. It’s all about his passion. Though he had faced challenges over the years, such as battling his drug addiction, his burning passion for singing got him through. He had faced many setbacks, but that didn’t stop him from doing what he loves.