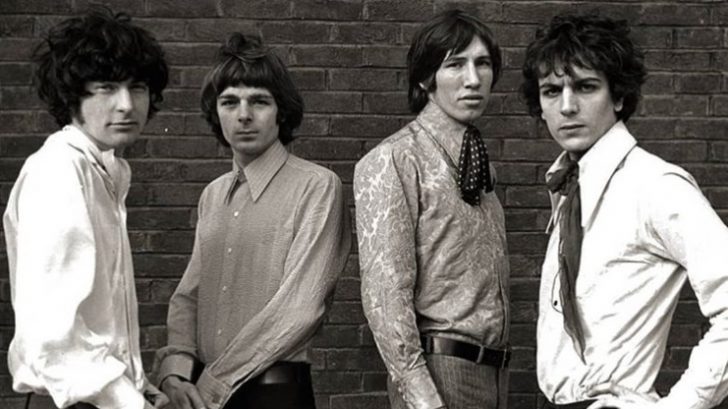 Pink Floyd’s “Money” is acknowledged as one of rock and roll’s greatest songs. Roger Waters composed the hit and was released as a single track in 1973. The single became Pink Floyd’s first hit in the United States.

“Money” is generally misunderstood as a tribute song to money and that it’s something positive. However, the band’s intention for the song was actually about the bad things that money can bring. Ironically, “Money” has become a big hit and helped Pink Floyd sell millions of copies of its album, making more money.

David Gilmour sang the lead vocals, but Roger Waters is the credited songwriter. Apart from the meaning behind the lyrics, “Money” was noted for its unusual time signature. At the start of the song, it has a 7/8 time signature. By the guitar solo segment, it’s already 4/4. It then goes back to its 7/8 and ends in a 4/4 signature at the end.

In an interview with Guitar World in February 1993, Dave Gilmour reveals the origins of the song’s strange time signature:

“It’s Roger’s riff. Roger came in with the verses and lyrics for ‘Money’ more or less completed. And we just made up middle sections, guitar solos, and all that stuff. We also invented some new riffs – we created a 4/4 progression for the guitar solo and made the poor saxophone player play in 7/4. It was my idea to break down and become dry and empty for the second chorus of the solo.”

“Money” also had creative sound effects. Most notable was the cash register tape loop that’s present throughout the song. Though bands such as The Beatles used tape loops, it wasn’t the same with how it was used in“Money”.

The tape loop that was used was approximately 20 ft. long. In order for it to keep playing and have the right amount of tension, the machine was continuously fed. The loop had to be set up in a circle and used microphone stands just to hold it up.

It was still in 1973 and it didn’t have the same technology musicians such as digital recorders. How did they do it? By the old fashion way – with just splicing tape and a handy razor blade.