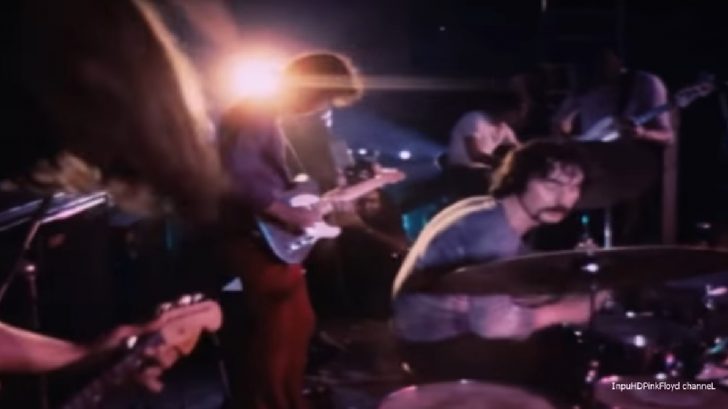 October 25, 1969, was an incredible night for those who can remember it. It was the Actuel Festival in Amougies, Belgium. It was the night when Frank Zappa performed with Pink Floyd and the music they created was simply mind-blowing.

The festival was held out in the open and lasted for five days. Performers in the festival included Pink Floyd, The Pretty Things, Yes, Ten Years After, and numerous nameless bands. One rock and roll icon also made an appearance there — Frank Zappa.

“That was after the Mothers [of Invention] had broken up, and y’know, I had time on my hands. These people contacted me. They offered me $10,000 to be an emcee at a festival, all expenses paid, and go over there, and, y’know, whatever I wanted to do, and I said, ‘Fine.’ So, I get there, and they neglected to tell me that nobody spoke English.”

The Belgians may not speak English, but at least they understood Zappa through music. Zappa understood this and so he performed with most, if not all, of the musicians in the festival. One of these musicians was none other than Pink Floyd.

In this rare footage, Frank Zappa and Pink Floyd perform “Interstellar Overdrive” together. Combined with Zappa’s prowess on the guitar and Pink Floyd’s sinister instrumentals, this composition was a wonder to behold. It was a glorious work of acid rock that is simply sublime.

The video recording is quite fuzzy and the lighting can be a bit shaky, but the performance can be heard with perfect clarity. Though Zappa played with most of the musicians, very few recordings have been recovered. This recording with Pink Floyd is truly a rare find that rock fans will surely enjoy in the years to come.

Strangely enough, though Zappa was recorded to have performed on stage with Pink Floyd, the pensive musician claims that he has no recollection of it.

It must have been one wild music festival.