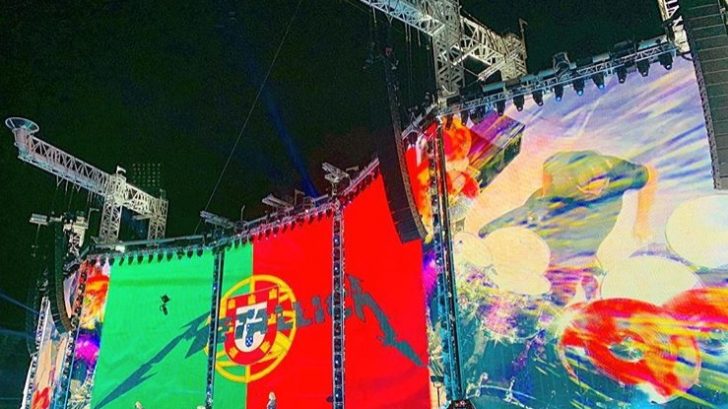 Metallica started off their latest European Tour in Estádio do Restelo in Lisbon, Portugal. Portuguese fans welcomed the heavy metal band with energy as they started their concert. And they weren’t disappointed.

At Lisbon, Metallica played a total of 18 tracks. Most of these tracks hadn’t been performed live for years already. One of these songs was “Frantic” which hadn’t been heard since 2011.  Metallica has also streamed an official video of their live performance of “Frantic”.

“Frantic” was included in the track list of Metallica’s eighth studio album St. Anger. It debuted at the top spot on the Billboard 200. Its US sales reached over 2 million copies.

The gig at Lisbon was the starting point of Metallica’s European WorldWide 2019 tour. Fans of the band had a fantastic treat when they first heard “Frantic” once again after 8 years. Apart from “Frantic”, there were other tracks performed too. These include “The God That Failed” which was last heard in 2012 and also “Disposable Heroes” which made an appearance last 2015. Metallica also performed the “The Lords of Summer”.

The WorldWired Tour is in support of Metallica’s tenth studio album, Hardwired…to Self-Destruct that was released last November 2016. The band kicked off the recent European tour on May 1 in Lisbon, Portugal. The tour is now on its fourth year.

Hardwired…to Self-Destruct debuted at top spots in two dozen countries. Along with its chart-topping success, the album has also garnered sales of more than five million copies around the globe. The album is Metallica’s first studio album in 8 years, following Death Magnetic which was released last 2008.

Performing alongside Metallica in their European tour are Swedish rock bands, Ghost and Bokassa. The American heavy metal rock band will be touring several more countries before wrapping it all up in Mannheim, Germany. The European segment of the WorldWired tour will end on the 25th of August 2019.