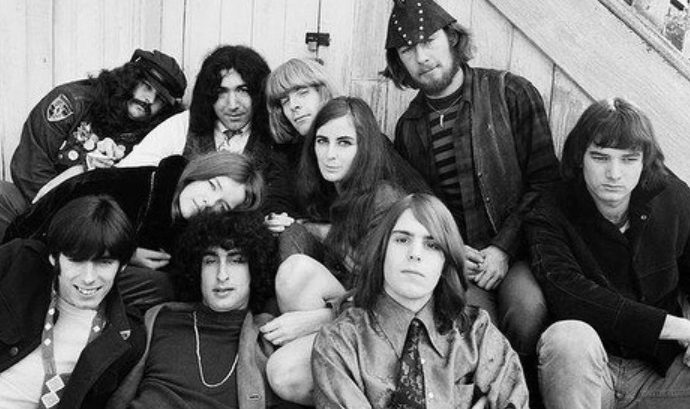 In the era of counterculture in the 1960s, Grateful Dead emerged into the music scene. The band didn’t restrain their creativity and style. Grateful Dead dared to infuse numerous genres such as rock, blues, reggae, psychedelia, bluegrass, gospel, and country. They have hence been recognized as “the pioneering Godfathers of the jam band world”.

It seemed quite challenging for the Grateful Dead to make themselves known as they entered the music scene. It was difficult. At that time, troupes like The Beach Boys, The Rolling Stones, and even The Beatles were known as the titans that none could possibly compete for their glory.

But they did. They made a name for themselves with hits like “Casey Jones”, “Touch of Grey” and “Truckin’”. Grateful Dead created a place for themselves in the musical map.

Let’s take a closer look at what goes on behind the band’s songwriting prowess.

Grateful Dead has a reputation for being strongly linked to Flower Power, to peace and love. Surprisingly their lyrics are quite dark and cynical, yet poetic. Take for example on their song “Ripple”.

“Ripple” was written by Robert Hunter and Jerry Garcia. Though Hunter doesn’t perform with the band, his way with words and composition were a work of art and open to interpretation. This is one of the distinguishing features of Grateful Dead’s songs: the lyrics.

In “Ripple”, Hunter writes about the joys of melody and music, and everyone is free to choose their destiny. It has since been considered as a hippie anthem. It’s also inspired by a verse from the Bible, the 23rd Psalms.

One of the characteristics of Grateful Dead’s songs is the search for an epiphany. The lyrics have this melody that forms a subtle connection to its listeners. Spontaneity is another feature of the band which denotes in their use of untrained singers to perform the final chorus.

The lyrics of Grateful Dead’s songs are filled with themes such as love, life, death, gambling, loss, beauty, horror, anarchy, order, religion, and even murder. Such themes in their music give the band’s music surreal allure.