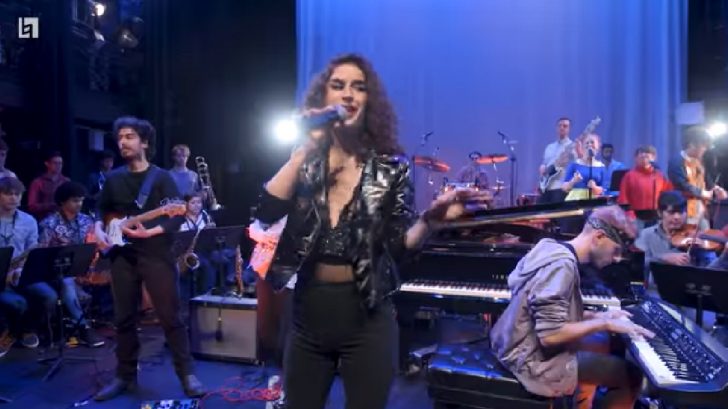 Frank Zappa is best remembered as this eccentric-looking man who has made over 60 albums in his career. He was more than that — he was an innovative musician. Zappa didn’t conform, he defied rules, and mixed numerous genres of music. He was a musician who didn’t mind getting political or to shock people with his work.

To the majority of the public, Frank Zappa gives off this impression of an oddball. But in the world of music, Zappa was highly respected. He was not only a musician but also a filmmaker and an artist.

Sadly for the world of music, Zappa passed away on December 4, 1993, due to prostate cancer. He was 52 years old. Though Zappa is no longer physically present to continue making music, his legacy has definitely lived on.

In honor of Zappa’s timeless music, students at the Berklee College of Music and Boston Conservatory at Berklee perform this fantastic tribute to Frank Zappa. The students performed a dazzling medley of “Waka/Jawaka”, “Inca Roads” “Peaches en Regalia”, and “Zomby Woof”. This performance was held at the Berklee Performance Center.

This beautiful project was arranged by Riccardo Niar Belletti and was produced by Regina Crisosto. Luis Celis served as the string coordinator. Caludia Medina Quispe was the coordinator for the horns/woodwinds.

The arrangement comprises of the rhythm section, woodwind section, background vocalists, string sections, percussion section, and finally the string section. It’s one of a kind performance that’s impossible not to love. Such a wonderful tribute and the performers seem to be enjoying themselves as well. The music they created was just as dynamic and wonderful.

What better way to honor the legacy of Frank Zappa than beautiful renditions of his works. Though it has been years since Zappa went on to his final tour, his legacy has endured. Younger generations of musicians still feel his presence and express it through music.