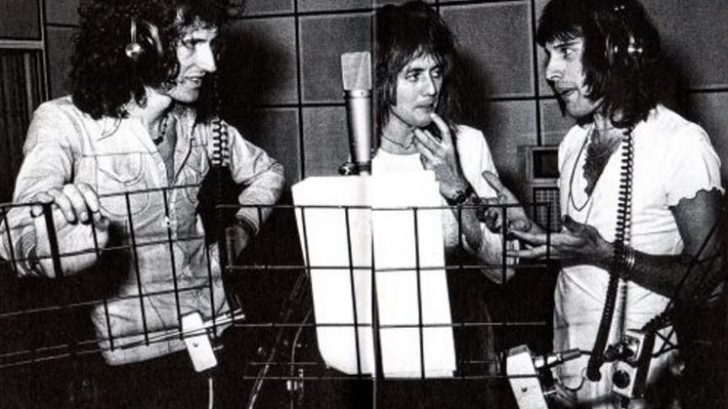 How do they do it? Queen records A Night at the Opera. Photo Credits: Instagram / thnksfrthmrcry

With all the tracks they have written, Queen will never fade into obscurity. Hits like “Bohemian Rhapsody”, “Under Pressure”, “We Will Rock You”, and “Another One Bites The Dust” made recurring appearances in the media over the years. It seems like Queen will always be here to stay.

Freddie Mercury and the rest of the band have rocked the world ever since the 70s. But what could make their songs so great? What makes it so timeless? How do they do it?

Let’s look into it:

Mercury is usually the one who is widely recognized as the primary lyricist of the band. “Bohemian Rhapsody” is a strong proof of Mercury’s innovation and songwriting skills. It’s considered as one of the best songs ever written. Mercury has been vague about the lyrics of the song, as it doesn’t seem to mean anything. Every line of the song was analyzed by Mercury. He had a great understanding of harmony and structure of a song.

Mercury takes inspiration out of everything. For example “Bicycle Race” which he wrote after seeing the Tour de France race speed past his hotel. He could make something great out of something that’s seemingly trivial.

Queen may be strongly be attributed to Mercury, but he isn’t the only one who made these iconic songs. May, Taylor, and Deacon actually contribute to the creation of the lyrics, even create a song of their own. That’s an attribute as to why their songs are so layered: it’s everyone’s idea.

“Under Pressure” is a collaboration of Queen and David Bowie. Bowie and Mercury are two legendary songwriters and they had produced this song out of a spontaneous session. “Under Pressure” came out as an iconic song with a simple, yet irresistible two-tone bassline by Deacon. Just like most of their songs, it’s not just Mercury’s, it’s everybody’s idea.

Queen isn’t just about Freddie Mercury. It’s about Brian May, Roger Taylor, and John Deacon. Everyone has a contribution. They think out of the box and they don’t restrict themselves to the norm.