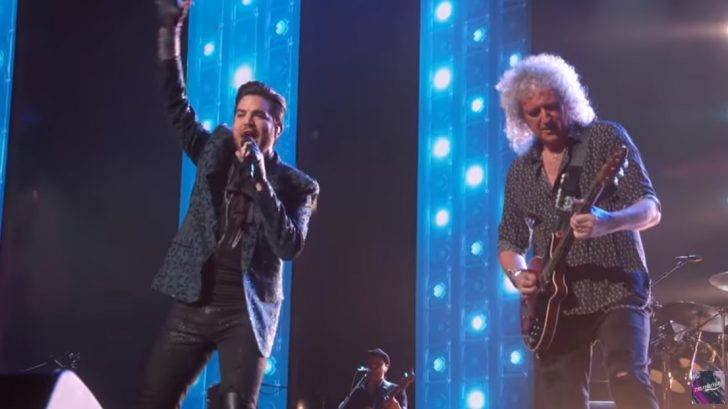 Queen + Adam Lambert performing We Will Rock You & We Are The Champions at the 2019 Oscars. Photo Credits: YouTube / Trespasser

Freddie Mercury’s influence is so great that there have been numerous impersonations of him over the years. If someone aspires to even replace Mercury, then it is the most difficult and largest shoes to fill. Mercury has passed on, but that doesn’t mean Queen is gone as well.

Take Adam Lambert, an American singer, songwriter, and actor who rose to fame in 2009 as a runner-up in American Idol. Though Mercury’s voice and stage presence are unmatched, Lambert honors it with his level of showmanship. He has even collaborated with the remaining active members of Queen ever since 2011.

Though faced with backlash from critics claiming he is nothing like Mercury, Lambert continues to give his utmost performance alongside the legendary band. Lambert has that charisma and stage presence that captivates the audience. He has his own way to convey the song without alienating from how it was originally.

Marc Martel may serve as another potential as the Queen’s frontman. Martel has the voice that almost matches Mercury’s. His gestures on how he plays are like a reincarnation of the legend himself. His voice is so similar to Mercury that he contributed to the vocals for the biopic Bohemian Rhapsody.

But that’s the thing. Martel sounds like a copy of Mercury. He is talented, but straightforwardly imitating Mercury will leave him as a simple imitation. What May and Taylor are looking for in their frontman is someone who stands out and someone who isn’t afraid to show their own style.

Freddie Mercury has always been about individuality. He thought out of the box, he wasn’t the type to follow the rules, and he certainly stood out. Individuality made Freddie Mercury the legend we know today. It’s true that there will never be someone like Mercury.

Lambert may not have the same vocal prowess to match Martel’s but he has his own style. Lambert’s emphatic performance captures the spirit of Queen. He doesn’t copy Mercury 100%, rather it’s his inspiration.