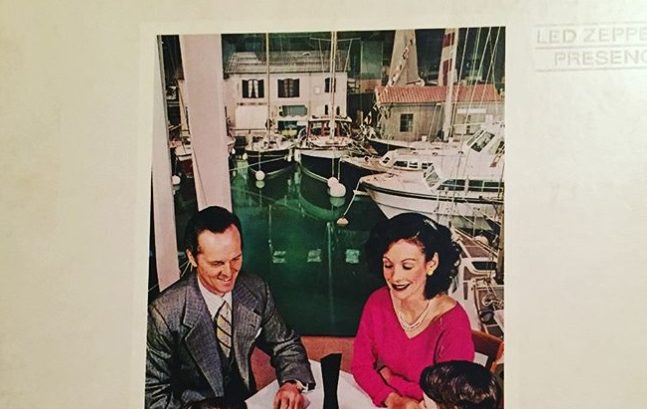 In 1976, Led Zeppelin releases their fifth studio album, Presence. Though it has reached high rankings both in the US and UK, it has garnered mixed reviews from fans and critics alike. It’s also Led Zeppelin’s lowest selling album in their active career.

Even so, Led Zeppelin fans appreciate this album. It is perhaps the band’s most unusual one. Jones shifted from blues to a more bass player that fits in the rock genre. Page had refined a cleaner guitar sound that has more “twang” to it, which was different from his previous “crunch” riff trademark. Bonham’s drum play is furiously strong.

The track is the longest Led Zeppelin song with a run time of 10 minutes. Robert Plant composed the lyrics regarding his travels throughout Spain, Greece, and Morocco. Listening closely to the song, it has strong Moroccan and Flamenco characteristics.

“Achilles Last Stand” is also an acknowledgment to Plant’s injury he has sustained in a car crash with his wife while they were in Greece. The crash resulted in Plant’s broken ankle which restricted him from the US tour. Instead, he and Page worked on the content of Presence.

Plant’s vocal performance wasn’t on par with the band’s previous works. After all, he was recuperating from serious injuries he had sustained in a car accident. Plant actually sang while he was on a wheelchair.

Despite all that, the album was a commercial success. Presence has a track list of 7 songs, mostly composed by Plant. “Achilles Last Stand” has ranked high amongst Led Zeppelin fans.

Presence is the sole Led Zeppelin album that neither has acoustic nor keyboard songs. It’s a revised adaptation to their previous sounds. “Achilles Last Stand” gets into the struggles Plant faced as he was recuperating from his injuries, and yet he simply couldn’t wait to get back to his passion.