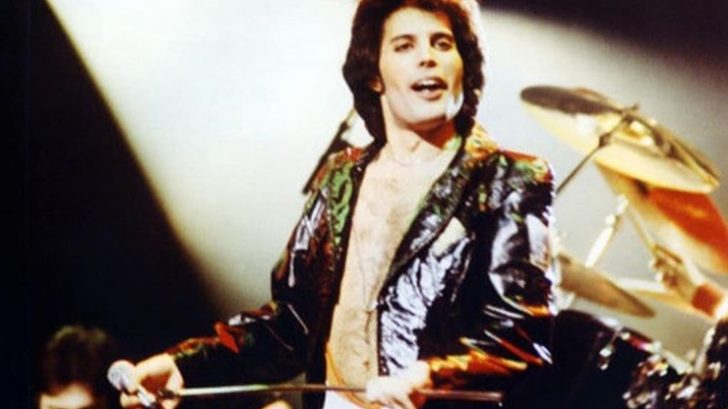 Freddie was one of the most iconic figures in rock music scene in the 70s. Photo Credits: Instagram / kazuhiro_souma

The 1970s was the decade that changed rock and roll forever.

The top goal of bands in the ‘70s was to make music that had the themes of love and peace, nothing too different from the previous decade. By adding guitar riffs, a plethora of distortion, and fresh emotional lyrics, rock bands gave a new face of the genre.

With the use of new technology, the bands have also changed the way how music was played and recorded. Synthesizers, distortion and effect pedals were starting to be widely used. Along with the new wave of sounds, it introduced new genres and subgenres into the music scene.

Rock bands had played a pivotal role in ushering in these new genres into the mainstream. Let’s take a look at the top three bands who stood out and helped shaped the rock music of the 70s:

Pink Floyd engineered the of two large music revolutions: progressive rock that had a strong base on blues and the hypnotic psychedelic rock. Not only that, they were the band that was known for their piercing and harsh commentaries on social, emotional, and even political issues.

Thanks to Pink Floyd, rock music was introduced to the use of sound effect and keyboarding. Their music was layered which didn’t just contain the basic template of rock music – drums, bass, and a guitar. They made sure to use organs and keyboards in its full potential. It introduced various effects to make rock music.

Recognized as one of the biggest rock bands in the world, Deep Purple has influenced the way rock was composed. Once crowned as “The Loudest Band in the World” by the World Guinness Book of Records, Deep Purple’s music has been heard and taken as an influence by some of the most successful rock bands.

Deep Purple’s ingredients for their music are intense organs and guitar riffs. They brought consistency and innovation to hard rock. The band drew their inspiration from classical music and infused them with rock music to create riffs that would be forever remembered in music history.

Queen has influenced many genres of rock at the height of their stardom. Their influence stretches far from arena rock, glam, hard rock, progressive, and even pop rock. Not only could Mercury nail all those notes, May, Taylor, and Deacon created harmony.

Mercury poured his heart into the songs that he wrote and he could sing almost any type of song. They tested mixing genres, collaborated with other artists, and acknowledged everyone’s output. They made it possible to mix rock and opera. Not only did they play with their instruments, but they also made sure they could play the audience as well.

Queen showed their commitment to their music. Their works such as Bohemian Rhapsody and We Will Rock You stood the test of time. They took rock and roll to a new level in terms of songwriting, sound production, and arrangements.