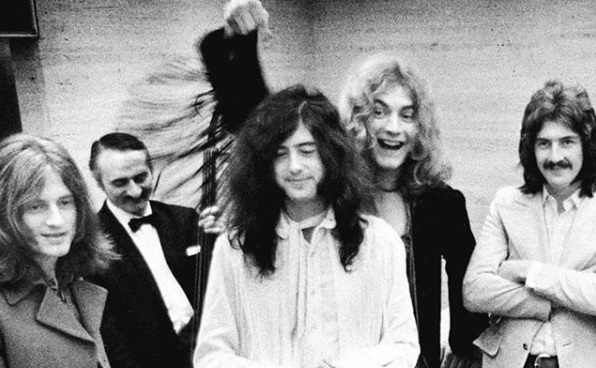 Led Zeppelin is considered as one of the most well-known and hard rocking bands in the world. The band’s songs had attracted hordes of admirers and with it were regarded as pioneers of heavy metal rock and alternative rock. They’ve juggled genres from hard rock to blues rock, to folk rock, and to heavy metal, but they have remained consistent in their songwriting.

Jimmy Page and Robert Plant are the masterminds behind the most iconic songs of Led Zeppelin. Let’s take a closer look at how Page and Plant composes the most memorable rock pieces in music history.

Led Zeppelin has this method of blending lyrics and instrumentals and make their own material from it. They improvise their lyrics, but Page and Plant take it to a different level in songwriting. Page provides the music through his acoustic guitar while Plant serves as the main songwriter. Bonham and Jones aren’t left out of the picture too as they would add material during the song’s development.

“Stairway to Heaven” is one example of Page and Plant’s extraordinary songwriting abilities. Along with its popularity, it also gathered controversies, right from copyright issues to the Led Zeppelin sold their souls to the devil. No such bargaining with the devil happened, but Page and Plant did write their song while in an 18th-century cottage called Bron-Yr-Aur.

The music in itself tells a story. It starts off quiet at first, then as it progresses the drums are blasting out and the bass fills the music. It exemplifies the dynamics of the song.

What makes Led Zeppelin compose their tracks is that they concentrate on their music. They are conscious of who they are working with and who they are composing the song for. Jimmy Page plays exceptionally well on the guitar and when he and Plant would write a song, they would write it around the acoustic melody he had composed.

For Page and Plant, they build the acoustics first before layering it or working around it they lyrics. They didn’t need to sell their soul to the Devil. No, it’s simply knowing how to work with improvisation and spontaneity.