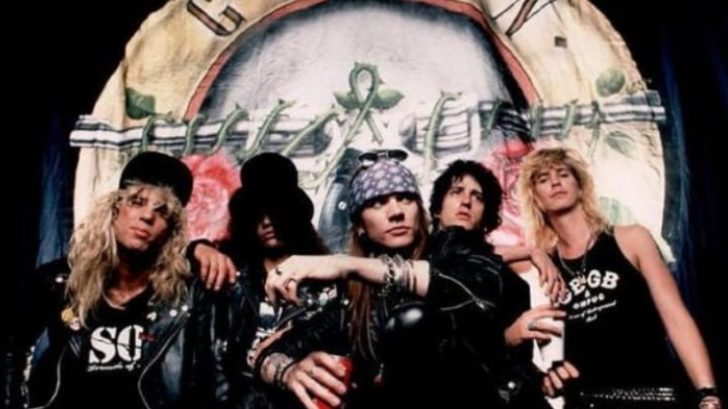 News reports are coming in that hard rock band Guns N’ Roses are filing a lawsuit against Canarchy Craft Brewery over the Guns ‘N’ Rose beer. There are legal documents that claim that the brewery mentioned has “refused to immediately and completely case sales and marketing” of the beverage which was inspired by the band.

Naming beverages after rock bands seem to be a trend recently. Bands like AC/DC, Iron Maiden, and Metallica are selling their own drinks that bear their trademark. Guns N’ Roses may just be the popular band on the planet that doesn’t have a drink taken from its name.

However, the Guns ‘N’Rosé ale can be confused as the official Guns N’ Roses beer. That might be the reason why the band wants to stop it from selling.

In an interview with The Blast, the members of Guns N’ Roses, Axl Rose, Duff McKagan, and Slash are taking legal action against Canarchy Craft Brewery Collective. The brewery in question is also selling merchandise such as hats, shirts, stickers, buttons, bandanas, and pint glasses bearing the Guns ‘N’Rosé brand. The band has mentioned that Canarchy has agreed to stop selling Guns ‘N’Rosé products, but not until March of 2020.

This didn’t win the approval of Guns N’ Roses band and insisted that Canarchy had refused to cease and desist. Hence, GN’R is filing a lawsuit against the Colorado-based brewery for trademark infringement. Along with the infringement lawsuit, the band is also seeking unspecified damages.

Oskar Blues seemed to have gotten rid of the beer from its website. Back when it was still on display, it’s description goes: “a crisp AF, subtly hopped rose-style ale brewed  with prickly pear and hibiscus.”

Guns-n-Rose bands together sticky prickly pear and floral hibiscus with a subtle hop profile in this refreshing, crisp AF rose’ ale. Available on draft, in select markets now, and we’ll be droppin cans in February. Check below to find it near you.https://t.co/8N7ATICd9K pic.twitter.com/QJWmBbiv53

As for Guns N’ Roses, the show must go on. They will start working on a new album after their tour is finished this October. As Slash shares his comments:

“There’s been so much talk about this [new] Guns N’ Roses record, which we haven’t actually done anything with. So we’re gonna sort of focus on that. And then The Conspirators will be [regrouping] some time coming up, depending on what Guns N’ Roses is doing. But I’ve already started putting together material for the new Conspirators record.”