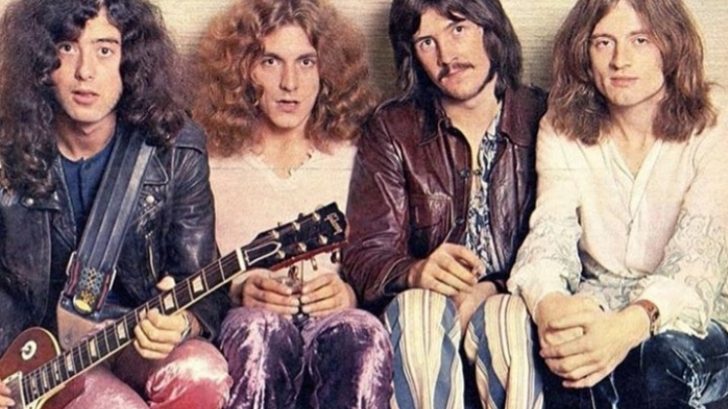 Led Zeppelin has made it big into the world of music. Their repertoire boasts of hits that have earned places in the Rock and Roll Hall of Fame. They are one of the best rock bands in the world.

However, not all the time Led Zepp will impress their fans. They are times that they have slip-ups in their lyrics and music. Perhaps there are times when production doesn’t cooperate at all, or the songwriters are uninspired, or perhaps the output just didn’t turn out the way they expected.

Either way, even a legendary rock band can’t please everyone all at once. Check out these 5 Led Zeppelin tracks that have disappointed rock fans:

Led Zep drew inspiration from James Brown’s loose and funky grooves for “The Crunge”. However, they weren’t able to emulate the same effortless charm that Brown could do. Plant tried to keep the inspiration in the song, but it’s simply not memorable enough.

It’s basically dance music that no one can dance to. The band tried to add cheekiness to it, but it just doesn’t work out. “The Crunge” charm seems all forced and ends up not being charming at all.

“For Your Life” starts off with an encouraging riff and a hefty amount of groove to it. But the tune doesn’t catch up and it stays stagnant to the point that it’s just rambling. Plant’s songwriting doesn’t add charm to it too. Though it has a serious topic about a friend who is spiraling down to cocaine addiction, it just doesn’t boost up the song’s presence.

Plus the snorting sound heard in the song puts off a really weird vibe to it.

Sometimes artists produce something for their amusement and not for their audience. That’s perhaps what’s going through Led Zep’s members’ mind when they worked on “Hats Off To (Roy) Harper”. Page churns up the usual acoustic blues on the bottleneck guitar and with some engaging studio effects.

Plant’s vocals that were intentionally manipulated. The results yielded something uninteresting and obsolete. The content is rather superficial, but perhaps that’s what the band was aiming for: it is for their own delight.

Plant considers this as one of his favorite works. But Led Zep fans think that this is the weakest song in their career. The tempo is actually pretty nice, but the screaming vocals come off as eerie rather than something that’s hard rock. It even has that Elvis Presley-esque feels to it.

The riff is pointless and doesn’t lift the song at all. The endless “oh baby baby” wear out the listener’s ear and how it was sung is just irritating. The scat at the end sounds like a poor attempt to jam. This makes the song so out-of-place.

There are many reasons why some tracks from successful bands fail to impress. Sometimes the reasons are just so obvious.

The tune lacks any unity and it’s just all over the place. It’s messy and wanders along without a purpose, making the listener somewhat lost…and not in a good way. The vocals are dazed and confusing.