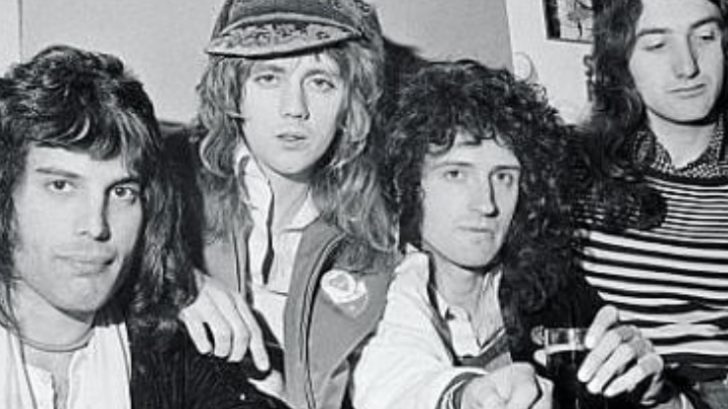 To Queen fans, there is no such thing as a “bad Queen song.”

Still, as stellar as Queen is, they have their own ups and downs. Their songs or their albums will have their drawbacks from time to time, but that doesn’t make their music any less. Queen has helped shaped rock music along with its successes and failures.

Let’s take a look at the 5 tracks that disappointed rock fans:

Looking at the lyrics, it’s not really a joyful song or does it encourage. Plus, the beats are cheeky and the hand-claps are lively. It sounds out of place for a song that discourages suicide. But what adds to its douchebaggery is the line “nobody gives a damn.”

An outrageous songwriting product courtesy of Mercury and Deacon. Taylor’s Latino percussion was added too much and had basically drowned out the majority of the song’s content. It adds disappointment when May plays a disappointing solo.

The track sounds more like it’s been left out in the sun too long.

Fans are speculating that “All God’s People” was Mercury’s long overdue apology with his Maker as AIDS was inching him closer to his death. It does come as a little extravagant but has that radiance of Mercury’s intensity when it comes to music. It has that blues feel and the mid-section is likable. But the song still comes off as rather dreary with some lacking components that fans are so accustomed to hearing from Queen.

Yet another product of Mercury-Deacon songwriting collaboration. “Cool Cat” has an excessive influence on gay funk-pop. Neither May nor Taylor was involved in the song as Deacon is both on the guitar and drums.

Originally David Bowie provided improvised backup vocals, only to remove it before the album’s release. No one would blame Bowie since the vocals sound like someone is just mumbling. Bluntly speaking: the song is rubbish.

Straight up dull and boring. Clearly, “Body Language” was constructed at the height of Mercury’s Berlin nightclub escapades. The bass line is repetitive and the electronic shuffle is just lifeless. Adding to the song’s frivolous background is Mercury groaning and screaming about copulating.

“There are some things on the album which I felt came out too light, like Body Language…” Brian May later reveals. “We were afraid to turn up the guitars. Afraid to use the guitar as a force.”