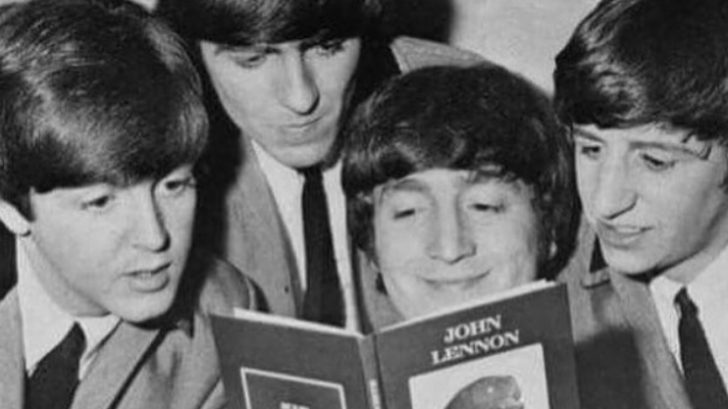 Beatles’ collectibles are very much sought after. Particularly ones that were once owned by the late John Lennon. Added to the value are autographs by the other three members of the troupe….and it’s one of their most infamous discographies.

Over the course of the weekend, word has been going around that “butcher cover” of Yesterday and Today, owned by Lennon, was sold at an auction. The cover was sold at a Beatles-themed auction where its price reached up to an astounding $234,000. According to reports, an anonymous American had brought Lennon’s copy of the album.

The spokesperson for the auction told NME that the unnamed American collector considers this album as “an investment, believing it will increase in value in the years to come.”

The vinyl copy has the has all the signatures of McCartney and Starr. It also has a back cover sketch drawn by Lennon. The album is one out of the 300 items auctioned at the Julien’s Auctions which was held at Liverpool.

“This was a world record for a Beatles Butcher cover and the third highest price paid for a vinyl,” stated Darren Julian, the CEO/President of Julien’s Auctions. “The market is still developing so we anticipate in the next five years this same record could bring $500,000 plus.”

The “butcher album” garnered controversy over its original cover. Due to its content, the cover was forced to be changed. It was believed that it was The Beatles’ statement against the Vietnam war, others say that it’s about the American music industry has “butchered” their albums.

Before it ended up in the auction, Lennon’s copy of the album hung on his New York apartment. He then gave it to a collector named Dave Morrell who was also an avid fan of the band.

The price of the “butcher cover” marks as the third-highest ever paid for a vinyl cover. The price for Ringo Starr’s own copy of White Album went for $790,000. Elvis Presley My Happiness was bought back in 2015 surreptitiously by Jack White