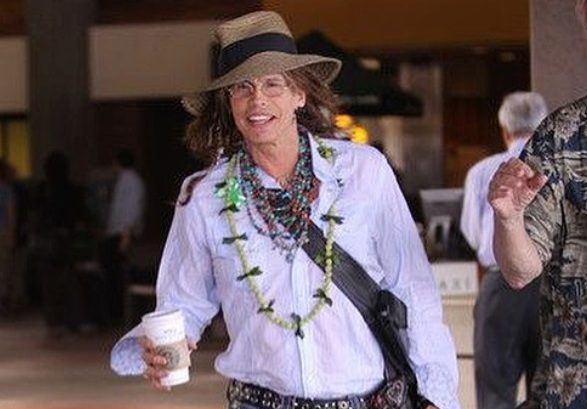 The world has known Steven Tyler as this unruly, drug-driven rock and roll star who mostly screams out the lyrics. However, as the saying goes “there is more than meets the eye”. True enough, few people know about the good and amazing deeds by Tyler.

Tyler is already in his twilight years, but he is still performing. Music isn’t the only thing he is interested in. He is also engaged in humanitarian activities, design, and even law!

There’s more to the God of Screams. Read on to find out 10 facts about Steven Tyler that made him a rock legend like no other:

Drug addiction is difficult to get out of. Most people cannot find the right help to get themselves out. It’s a difficult subject to talk about especially those who have recovered.

Tyler opens up about his addiction to the Queen of Talk, Oprah Winfrey. Tyler, who in his long career has taken various drugs, reveals to Winfrey what it was like. He opens up about the shame he felt with the choices he made and how he overcame the struggle.

Tyler’s successful treatment had encouraged the rest of Aerosmith to seek out treatment as well. They did and were back in the scene by the late 80s.

When Tyler guest starred in Late Night with Seth Meyers, he claimed that he cannot go through the interview alone. He then calls out to his dogs, Butch Cassidy and Sundance Kid to join him on the couch. The rock star claims that he looks at his dogs for emotional support.

Even manly rock legends need something cute to calm their nerves. His dogs absolutely stole the show!

Tyler has used his rock star status to enter the world of philanthropy. He founded Janie’s Fund to raise awareness and money to help children who have suffered abuse. The name ‘Janie’ was taken from an Aerosmith classic song “Janie’s Got a Gun” which in its lyrics, talks about the issues of child abuse and incest.

Even before Janie’s Fund was founded, Tyler has already supported causes cush as the Elton John AIDS Foundation and MusiCares.

In an interview, Tyler revealed that he has once meditated along with the Dalai Lama.

The Aerosmith frontman has earned many nominations and awards throughout the years. But not all rock stars will earn an Emmy, a Grammy, and an Oscar. Tyler has earned many Grammy Awards with Aerosmith. He was also nominated for an Academy Award for the 1998 single in the movie Armageddon. Along with Joe Perry, Tyler has won a Sports Emmy for their E:60’s Dream On: Stories of Boston’s Strongest.

Yes, there is a law called the “Steven Tyler Act” or also known as the Hawaii Senate Bill 465.

When Tyler was vacationing in Hawaii with his family, he noticed that the paparazzi were hounding them. It was to the point of harassment and their consistent pestering nearly caused an accident. Due to this, the singer proposed to the senate for a bill to protect celebrities such as himself against paparazzis.

Now, this law will allow public figures and celebrities to file lawsuits against paparazzis for taking unwanted photos.

Thanks to Tyler and Joe Perry, Rap music entered the mainstream music. When the duo appeared in 1986’s Run-D.M.C.’s cover of “Walk This Way” it broke the divide between hard rock and rap. In the official music video, quite literally.

Tyler composed the song “Love Lives” which is a theme song for Space Battleship Yamato, a Japanese sci-fi film that was directed by manga artist Leiji Matsumoto and produced and written by Yoshinobu Nishizaki. Though Tyler doesn’t exactly speak Japanese, he wrote the song based on the images he saw on the film and had the script translated.

Tyler’s creativity isn’t just limited to music. He designs motorcycles too! Steven Tyler has a motorcycle line called Dirico Motorcycles that he launched in 2007. He designs the models himself and are built in Manchester, New Hampshire.