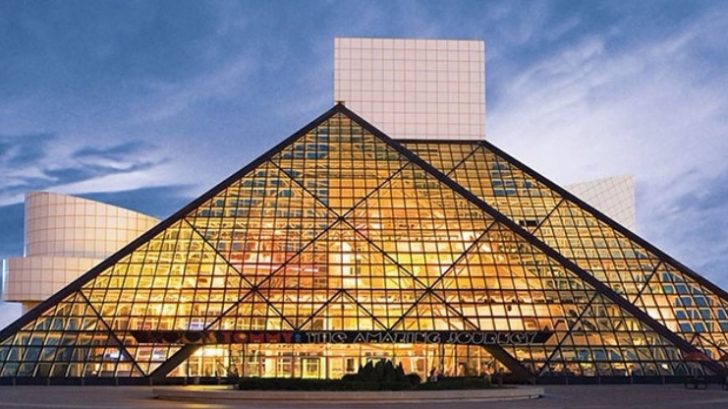 The Rock and Roll Hall of Fame houses the history and archives the most influential artists in the development of rock and roll music. Photo Credits: Instagram / bonemagazine

Established in 1983, The Rock and Roll Hall of Fame is committed in documenting musicians who are known to have greatly influenced the music industry, especially in the rock and roll genre.

There are many artists and bands that have made it big, but not all have made a lasting influence. To be inducted into the Hall, a musician or band must have released their first record 25 years prior to eligibility. The criteria also includes the significance and impact of the artists’ contribution to the growth and continuity of rock and roll music.

Here is a list of inducted artists ranked by their influence in the world of rock and roll:

Considered as the “Father of Rock and Roll”, Chuck Berry was one of the first musicians to be inducted into the Rock and Roll Hall of Fame. He’s a pioneer of rock and roll which led to the development of the music and the attitude that rock and roll is known today.

Charles is sometimes referred to as “The Genius.” He combined genres of blues and jazz and even influenced artists such as Elvis Presley and Aretha Franklin, who have also been inducted into the Hall of Fame. The works that Charles had made served as a map on where rock and roll and soul music would be in the following years.

As the “Godfather of Soul”, James Brown has also influenced rock and roll. In his career, he helped developed several music genres. He is known to captivate the audience with his every performance.

The “King of Rock and Roll” or simply called as “The King” has without a doubt influenced not only the music, but also the image of rock and roll lifestyle. He was pivotal in the cultural shift of the defining the genre as the guide for rebellious adolescent attitude.

Taking the world with Beatlemania, The Fab Four had introduced ways on how music was made. They stretched boundaries and experimented and brought it to the mainstream. They were the very first “boy-band” the world has seen.

The Beach Boys were hailed as the American counterparts of The Beatles and The Rolling Stones. At that time, when British invasion was taking over the country, the group remained popular with their music. They were the embodiment of “California Sound.”

The singer has become an important figure culturally and musically in the 20th century. He was a skillful poet, a sharp social critic, and a guide that helped maneuver the generation of counterculture. Dylan exhibited his songwriting prowess which had made profound impact in American culture and music.

As the first lady to be inducted in the Rock and Roll Hall of Fame, Aretha Franklin took the genre by storm. She mixed gospel music with blues, R&B, and jazz. She was also a voice of activism as well. Franklin collaborated with numerous artists and contributed to their great music.

The Kinks started out as an R&B band, but soon set their sights to new genres. They were first punks before punk rock had a name. They were the first to use distortions that would be used by countless rock bands. Thanks to them, generations of musicians used their signature riffs and distortions for their very own music.

Jimi Hendrix, along with Mitch Mitchell and Billy Cox, were highly regarded for their skills, style, and charisma onstage. Apart from Hendrix showing the world what the electric guitar can do with skilled hands, the group has also helped spread the popularity of psychedelic rock and hard rock.

Even with Freddie Mercury’s death didn’t mark the end of a rock and roll era. Queen was royalty for a reason: they had theatrical arrangements, layered guitars, stacked harmonies, and their music was a classical flourish. Not only that, they ushered in a new influence on genres such as glam rock and metal rock.

Drawing from various influences such as psychedelic music, blues, and folk, Led Zeppelin is one of the most innovative bands in history. Their heavy and hard guitar sounds has made them to be one of the forebears of heavy metal rock music.

Without Pink Floyd, the world will never get to experience psychedelic rock and progressive blues rock. The band is also known to have an outspoken nature when it comes to emotional, social, and political remarks.

The Rolling Stones were one of the most enduring figures of counterculture. Just like their music, they were spontaneous and wild. They were the Bad Boys of rock and roll and had done so in years.

Known for his vivacity in his performance and songs, the multitalented singer-songwriter graced the rock and roll scene with the piano. Elton John is a first-class musician who breathed life into the rock and roll genre. From wild rock ballads to wearing ridiculous feathered costumes, Sir John seems to be the rock star everyone is looking for.