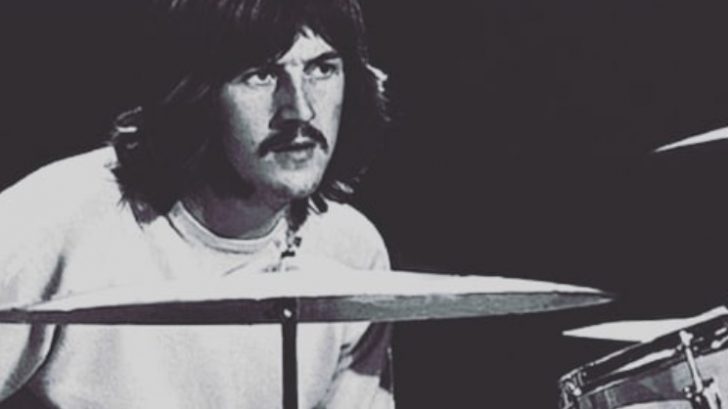 John Bonham, one of the most influential drummers in rock and roll history. Photo Credits: Instagram / fifi_moon__

Drumming is a mysterious art. Drummers usually take the back space in every performance, yet they carry the beat. Skill and talent are just some of the few concepts that dictate greatness.

The topic on who are the most iconic drummers in the history of rock and roll can get fierce. There are a lot of great bands out there with great drummers. Each had their own way of influencing rock music the way we know it today.

Whatever their playstyle may be or whether some fans think that they’re just overrated, let’s take a look at some of the iconic drummers in rock and roll:

In his career with Led Zeppelin, Bonham had the approach that just felt natural and spontaneous. It was seemingly flowing out of him. Before his untimely death in 1980, his playing with Led Zep laid out the terrain for the music of the band should be: lively, skillful, meticulous, and ample.

Moon was a walking contradiction. He took the attention while on stage, but never had a solo. His playing knew no boundaries, but he was on the edge. Moon treated the drums as if they were the lead instrument, but he was in the background.

His playing was rambunctious and repetitive, but it was never boring. Moon was a rare player that never failed to surprise listeners.

At first Peart is thought of just a mere copy of Keith Moon. But he was the opposite: he was precise and calculated. As time went on, Peart started to experiment, looking into different drumming styles and incorporating his own. Peart’s fearlessness in going out of his boundaries paid off as Rush became one of the most renowned band of progressive rock.

McCartney once called Starr as “the best drummer in Liverpool”, Starr wasn’t just part of the band that changed mainstream music, he gave it focus and form. A lot of fans might say that Starr isn’t exactly the best out there (like Lennon), but it is undeniable that his percussion were reliable and neat.

Rich may look down on rock music, but his influence extended within the genre. A self-taught drummer who had an unrivaled hand speed that allowed him to over take professional drummer like Gene Krupa. He was the influential figure behind John Bonham, Ian Paice, Bill Ward, Roger Taylor and even Phil Collins.

Taylor even mentioned that Rich was the best drummer he had ever seen when it comes to technique.

Playing with the legendary Guitar God must have not been an easy feat. But Mitch Mitchell did. Mitchell playing was this firm and heavy groove but still flexible that can beat with Hendrix’s guitar playing.

Baker was known to combine strong polyrhythm with jazz. He had an African style and jazzy playing that he constructed while he was with Cream in the ‘60s. Baker had this strong virosity in his showmanship made him unforgettable in the rock and roll world.

A lady with prodigious skill on the drums, Sheila E. earned her fame through her crystal clear and unadulterated playing style. She helped mold numerous styles over the decade not only in rock, but also in pop and R&B. Sheila E. still remains as the most in-demand drummer to date.

If there was no Ian Paice, the world would never know heavy metal drumming. He had this swing that was totally contagious to the ear. He had a dynamic playing style that he combined with the thundering that had become the signature of heavy metal.

Nimble and soulful. That’s just one way to describe Collins’ drumming. His signature “gated snare” was exhibited skillfully in his hate “In The Air Tonight.” Sadly, Collins has suffered severe nerve damage that made it impossible to grip his drumsticks again.