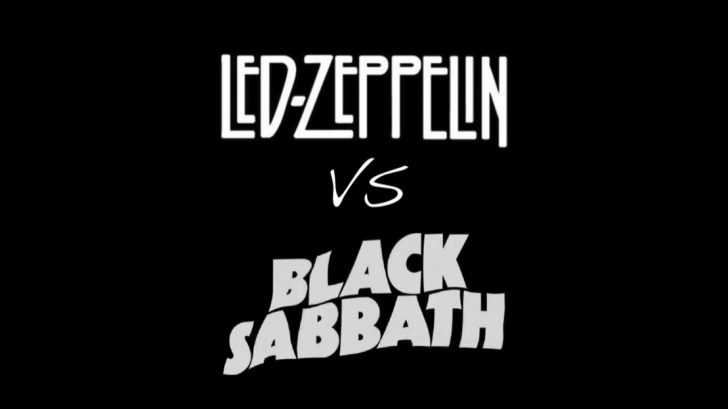 Both Led Zeppelin and Black Sabbath are the known progenitors of heavy metal rock. These two bands have produced music that were both unforgettable and iconic. Their tracks have spawned numerous cover versions by musicians around the world over the years.

Could it be possible to have some sort of band battle between the two? Perhaps it is.

Meet Miguel Sequeira, a guitarist from Portugal who made this fantastic video of a guitar riff battle between some of Led Zeppelin and Black Sabbath’s most beloved tracks.

Sequeira describes the riff battle video as a tribute to the two guitarists who changed the world of music: Tony Iommi and Jimmy Page. Undeniably, the two musicians have created the most unforgettable riffs in music history. Sequeira notes that he adored both musicians and their works.

Segueira executes the riffs from both bands with skill.. As the musician has comically edited himself as an opposing player of each band, he didn’t spark any heated debate to which band was superior. In fact, Sequeira’s playing showed respect to both Page and Iommi’s styles.

So who would be hailed as the winner of this guitar riff battle? The listeners, of course. Led Zeppelin and Black Sabbath are great bands in their own rights. They had paved the way for heavy metal music the way we know it today. Thanks to Miguel Sequeira, fans appreciated the contrasting styles of the two legendary heavy metal bands.