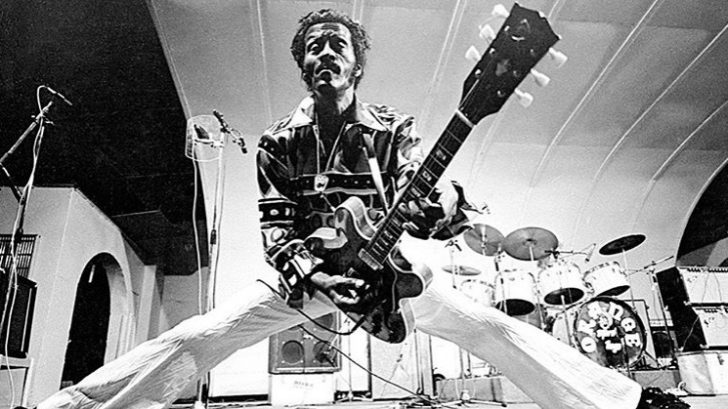 Let’s be honest: we know a song is going to be good once we hear the intro.

In rock and roll, a memorable guitar intro can give a band a lasting identity. Take for example GNR’s “Sweet Child Of Mine”. The intro for this song was such an achievement for the band that it had garnered awards and recognition.

There are other guitar intros that are just as iconic as “Sweet Child Of Mine.” Numerous guitarists have also made classics that earned to be acknowledged as one of the recognizable works in music history. There are countless works, but let’s narrow it down to 5.

Let’s take a look at the top 5 most iconic guitar riffs:

Who else can give a memorable guitar riff intro than the Father of Rock and Roll himself? “Johnny B. Goode” was something new and with it, influenced an entire generation of guitarists. Berry used three major elements for the “Johnny” lick: slides, double-stops, and 3-note pickup.

The world was introduced to guitar distortion thanks to The Kinks’ 1964 hit “You Really Got Me.” The iconic riff was created by Dave Davis as he tore the speaker cone with a razor blade. The riff sounds tricky to play, but it’s just comprises of 8 notes.

Van Halen has a lot of great guitar intros, but “Ain’t Talkin’ Bout Love” takes the crown. The introduction of the song stands as Eddie Van Halen’s characteristic melody and style. He is a master in shaping the guitar’s melody to bring out the refined riffs with accents and palm muting.

Jimi Hendrix plays a fantastic tritone in “Purple Haze” that gives that ominous sound that herald something dark and mysterious, but brilliantly devilish. The opening riff is electrifying that’s way ahead of its time. Some fans even claim that this opening riff is the root of all heavy metal.

Without a doubt “Smoke On The Water” is one of the most iconic intros in all of rock and roll history. This is the riff that everyone knows. This is the ultimate anthem of guitar riff intros. Ritchie Blackmore plays this riff simultaneously using only one finger for every string rather than using a pick to strum the notes.