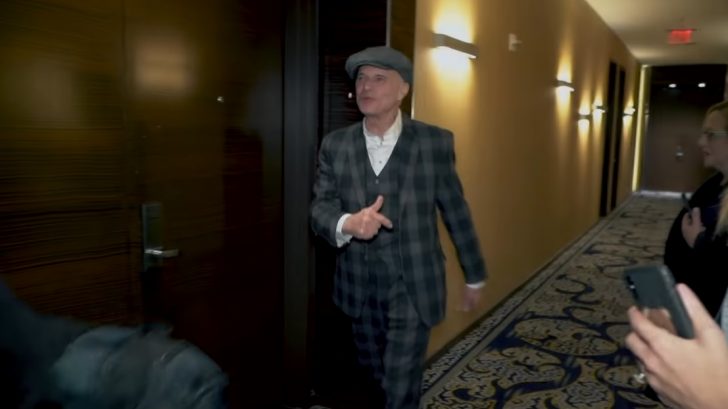 Van Halen’s ex-vocalist David Lee Roth surprised a fan in a bachelor party. Roth streamed the surprise encounter and posted it in his official Instagram and YouTube account.

Roth was in Las Vegas for the Electric Daisy Carnival music festival. Armin van Buuren, a Dutch DJ, was playing his new EDM remix in the festival. The DJ’s remix included “Jump”, the 1984 Van Halen classic.

Just when Roth and his crew were leaving to attend the event, the rocker dropped by his neighbor’s suite.

“Which room had the Van Halen sound?” quipped Roth. An off-screen voice replied that it was this particular room. “Right here?” One of Roth’s team then proceeds to knock on the suite.

“It’s a happy neighbor!” Roth calls out while waiting for someone to open the door.

“We heard some Van Halen here,” said the singer, once a party guest who answered the door. “My name’s David Lee Roth and I’m right across the hallway.” This apparently surprised the guests to find the vocalist of Van Halen himself knocking in their suite.

Believing that their raucous music had irritated Roth, they apologized for the commotion, to which Roth replied, “No, don’t.” It was a brief greeting and after the guests in the party got a glimpse of Roth, the singer bid the guests a good time before going on his way to the festival.

A Van Halen remix has just been released by van Buuren. The remix was issued after its debut at the Ultra Festival which was held in Miami, Florida. The DJ was also joined by Roth during the event.

Topping the Billboard Hot 100 for 5 weeks, “Jump” is still Van Halen’s only top hit in the US. The song was Van Halen’s first #1 song. It is also the band’s only #1 song with David Lee Roth as the lead vocalist.