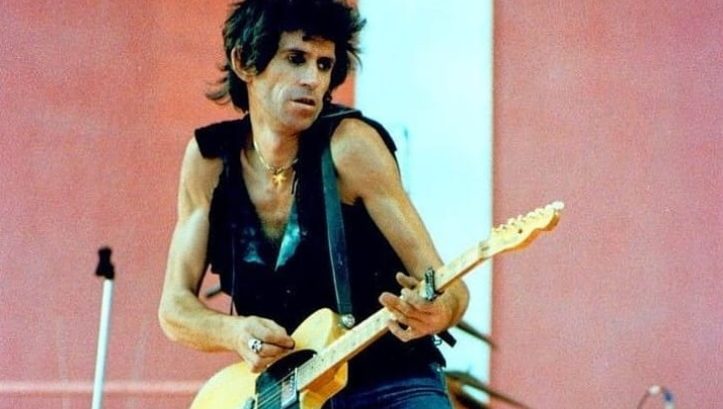 Keith Richards rocking the guitar and the world of rock and roll. Photo Credits: Instagram / blues_metal_rock_punk

There are a lot of gifted and skilled rock guitarists out there. It must be hard for one to stand out from the crowd. To get noticed by the world, a guitarist must have something that makes him unique from all the venerated rock guitarists.

Take Keith Richards of The Rolling Stones. What makes him great? Let’s take a look.

First and foremost: the songs that Richards has composed. They are immediately noticeable. These are the songs that are still listened to years after its released, music that are clearly timeless.

Secondly, he has his own rhythm, his own sound. Guitarists usually have their own tricks and styles that makes them instantly recognizable, but they play the same chords, scales, and notes. Style is what makes a guitarist distinct from all the rest. Such guitarist include Jimi Hendrix and David Gilmour and, of course, Keith Richards.

Last but not the least, Richard is considered a legend because of his simplicity. Other guitarists need to play layer upon layer of notes and chords to convey the emotion in their music. But Richard does the opposite. He can convey emotions twice as much with just one chord and some simple notes. His simplicity goes a long way.

Apart from skill, Richards is considered as the first rhythm guitarists to ever grace the music scene. He has created many imaginative riffs that he has used in numerous The Rollings Stones’ songs. Richards knows his rhythm.

Richards is also a skilled lead guitarist and he did most of the lead solos in some of the earliest Stones’ works. He could switch from rhythm to lead. Richards knows his stuff and can adapt to whatever the song needs.

As a member of The Rolling Stones, Richards wasn’t only a guitarist, he was also played a great part in songwriting. He was valuable in the Jagger-Richards collaboration, or more popularly known as “The Glimmer Twins”. This collaboration is recognized as one of the most successful songwriting collaboration in rock and roll history.