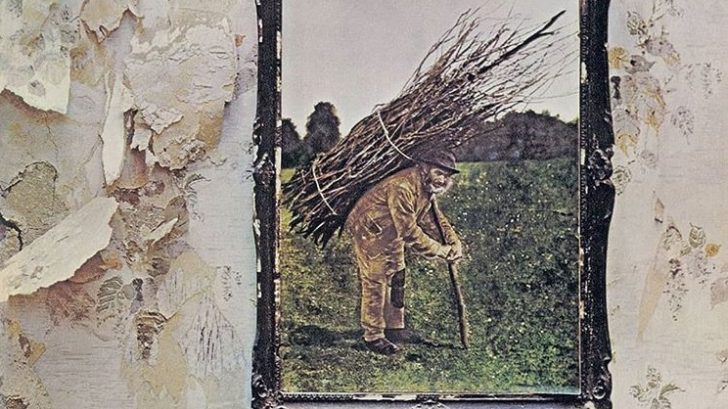 Read on to see the ranking of the album’s masterpieces:

Page leads the song with a continuous riff and followed by Bonham’s drumming with the use of four drumsticks. Which gave the song its title. This was a complicated song to record, since it required more takes. Due to its perplexing composition, “Four Sticks” is rarely played live.

Once again, Plant showcases his interest in the occult with the lyrics in “The Battle of Evermore”. They even brought in Sandy Denny to do the vocals which makes this the only Led Zep song that had a guest singer. The track is rather hypnotic and has a mysterious ancient allure to its rhythm.

Joni Mitchell had great influence on Plant. “Going to California” has that idealistic flowery lyrics that sounds quite hackneyed nowadays. However, this was soft rock back in the 70s.

Fans see this track as the band’s most distinct song. This song was born when the band was jamming with Ian Stewart, the Rolling Stones’ mentor. When Bonzo performed the start of Keep A Knockin and Page immediately added riff with a 1950’s style, the Led Zep classic “Rock and Roll” was then born.

Drawing inspiration from The Lord of the Rings, Plant makes numerous references in the song. It’s a track that showcases the vocalist’s interest in the occult. Jones provides an uplifting electric piano at the beginning of the song and as it progresses, Bonzo provides some chaotic drum fills. It’s a brilliant track that showcases each of the band members’ musical skills.

The first song in the album, “Black Dog” depicts the base of Led Zep’s blues-rock sound. The track has a unique blend of tumultuous riffs and time signature that’s almost impossible to simulate (a 4/4 time set against 5/4). This showed how Led Zep’s musicianship was way ahead of its time.

With its distinct pummeling drums, “When the Levee Breaks” ploughs its way into the hearts of Led Zeppelin fans. Bonzo lets loose on the drums with ferocity that was matched by Page’s guitar workmanship. It’s dynamic, thundering, and most of all, legendary.

Back then, the band knew that this opus was going to be good. But they didn’t think it would be that good. “Stairway To Heaven” has since become a classic, a popular track even decades after its release. It was a testament on how inventive Led Zeppelin was in the post-Beatle era.

Along with accolades and praise, the song has also raked in a copyright lawsuit. It has been hotly debated that the band had not properly credited an instrumental track that is present in the song. But in 2016, LA court ruled that the song was originally Led Zeppelin’s work.