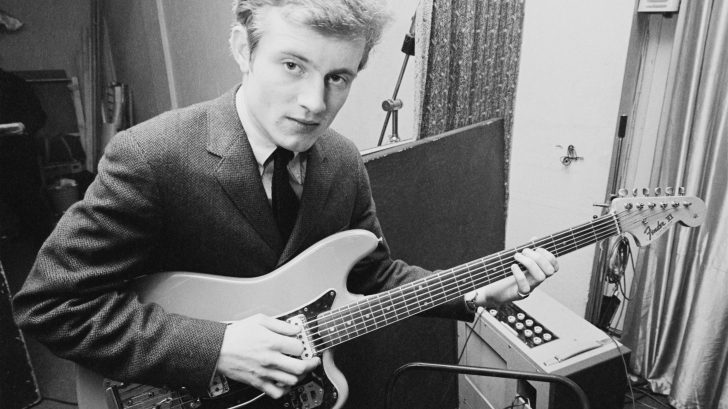 Did You Forget About JPJ?

For as long as we could remember, the members of legendary rock band Led Zeppelin have often been seen as the gold standard of their respective instrument. Take for example lead singer Robert Plant. He’s without a doubt the personification of a true rockstar. Bleach-blonde hair, razor sharp voice, he had it all. Lead guitarist Jimmy Page, often considered to be one of the most iconic and influential guitarists in all of music. He was single handily responsible for the writing of some of the most timeless songs and brought forth an entire new style of guitar playing to the masses. Drummer John Bonham. What more is there to say? His drumming style not only broke sound waves but also barriers, and 38 years after his death he is still regarded as one of the best.

Now, it seems like we’re missing someone, right? Well, we are. His name is John Paul Jones.

Now, I now what you’re gonna say. “Of course we know who he is, he’s the bassist for Led Zeppelin and he’s damn good!” And this isn’t even to say that he isn’t appreciated as a musician at all. But let’s be honest, when we think of the true upper-echelon of rock musicians, do you REALLY think that most fans are thinking of Jones? Sadly, they’re not, but they should be…

1. His Bass Playing Gave “Body” To The Songs

Not only is Jones the co-founder of Led Zeppelin, but while most people don’t know it, he was the real driving force behind the band’s best years. His bass playing is what really gave body to the songs and what TRULY made John Bonham’s drum parts shine the way they did. Just listen to this one short, yet iconic song by the band for proof…

Most Led Zep fans generally think the band is driven by guitar, obviously because Jimmy Page has come up with some killer riffs. But pay attention to how JPJ implements a percussive bass line. This alone adds so much more value not just to the song, but to specifically Bonham’s drum parts.

2. What Other Bands In That Genre Lacked, He Made Up For: Soul

What do you hear in that song Ramble On? I’ll tell you what I hear, that’s Jones undoubtedly carrying the entirety of the song, as he did with so many others. Not only is he a great rhythm player, but his bass parts rival Jimmy Page’s guitar parts. He gives those songs (and many other songs) soul. And let’s be honest, at that time, with that genre, that was hard to do.

3. Ability To Make Others Shine, Other Than Himself

The one thing above all else that Jones knew how to do excellently was make the other members shine, and that’s exactly what he did. Sure, he could’ve taken the easy route and stolen the spotlight time and time again with his impeccable musicianship, but he knew that making the band sound phenomenal as opposed to just himself was more important.

In my humble opinion. He carried the band. We all know that the other members are fantastic, but if we’re talking about musicians who were and are fantastic, we’d be damn fools not to think of John Paul Jones.