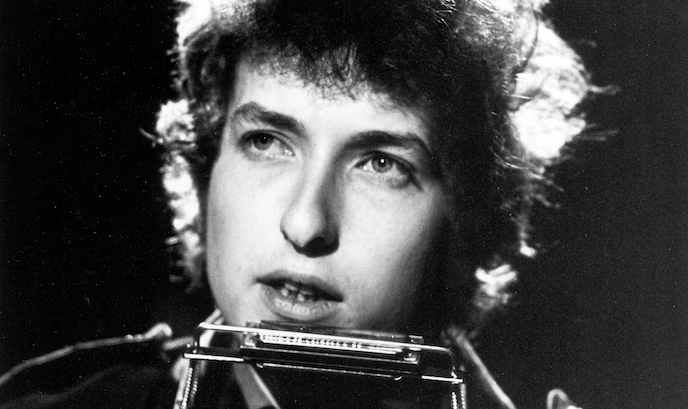 The Swedish Academy awarded Bob Dylan the Nobel Peace Prize for Literature in 2016, on the grounds of, “having created new poetic expressions within the great American song tradition.” Makes sense right? No? Ok, let’s break it down into three parts- all reasons why it makes sense that Bob Dylan is now a Nobel Peace Prize Laureate.

“When I first received this Nobel Prize for Literature, I got to wondering exactly how my songs related to literature… I’m going to try and articulate that to you and most likely it will go in a roundabout way,” says Bob Dylan in the opening of his 2016 Nobel Lecture in Literature.

And that’s exactly how everything about Dylan is explained- “in a roundabout way.” One thing is certainly clear and most prolific- he is trying to give you something, and it’s perspective. Perspective from the point of view of a fearless and unrestrained way of thinking. Not even his sheet music or songwriting is definitively corrected. Instead of thinking before you speak- speak before you think. That’s honest, right?

Some would argue that the reason Dylan has risen to icon status is because he simply was the first to break down the script of songwriting. He wasn’t- his discourse is just naturally lyrical.

“By listening to all the early folk artists and singing the songs yourself, you pick up the vernacular. You internalize it…When I started writing my own songs the folk lingo was the only vocabulary that I knew, and I used it ,” says the icon.

Dylan uses a great example to contextualize his reaction to the mass amounts of people that do not understand what his songs are about. He quotes a John Donne line of poetry and then says, “I don’t know what it means either. But it sounds good.And you want your songs to sound good.”

Dylan is utilizing the freedom he has of writing and expression to simply entertain and educate. The execution just happens to be perfect. He writes the way he speaks! Never does he shy away from spelling out things just the way they sound, like “if’n.” He stripped away the superiority of poetic writing. Bob Dylan made modern poetry poetic and translated it into music.

“I had all the vernacular down. I knew the rhetoric. None of it went over my head- the devices, the techniques, the secrets, the mysteries- and I knew all the deserted roads it traveled on, too. I could make it all connect and move with the current of the day, ” Dylan contextualizes.

His “informed sense of the world” (regarding his love of literature) engrained a set of principles that molded his outlook on life. Dylan observed human nature and that was his standard to measure things by.

Among Dylan’s own inspiration he refers to “poetic quotes that can’t be beat,” from Moby Dick  “The path to my fixed purpose is laid with iron rails whereon my soul is grooved to run.”

Bob Dylan became the sound of an era, the quintessential “protest” musician. He wrote over two dozen songs that focused on the postwar life of the baby boomer era.

Before every U.S. citizen was allowed to vote in 1963, Dylan wrote and released “Blowin’ In The Wind.”  The song was unlike anything that anyone had heard before. It forced everyone to reflect on the value of peace, war, and freedom. He would sing, ““How many years can some people exist before they’re allowed to be free?”

When “Like A Rolling Stone” was released in 1965, the world was in the midst of a revolution. President Lyndon Johnson had just passed the Voting Rights Act of 1965- and the social structure of the United States was changing. People were starting to realize that new perspectives were catapulting civil rights forward. “You never understood that it ain’t no good. You shouldn’t let other people get your kicks for you,” sang Dylan- and this is what people where thinking but only Dylan was singing.

Dylan’s song catalogue is largely based on protesting injustice. These are all of his awards commending him for his role in the Civil Rights movement (prior to winning the Nobel Peace Prize) : List of Awards and nominations recieved by Bob Dylan

The songwriter challenges those who try and find meaning in his words. His Nobel lecture breaks apart the concept of meaning and he simply states, “If a song moves you, that’s all that’s important. I don’t have to know what a song means. I’ve written all kinds of things into my songs. And I’m not gonna worry about- what it all means…”