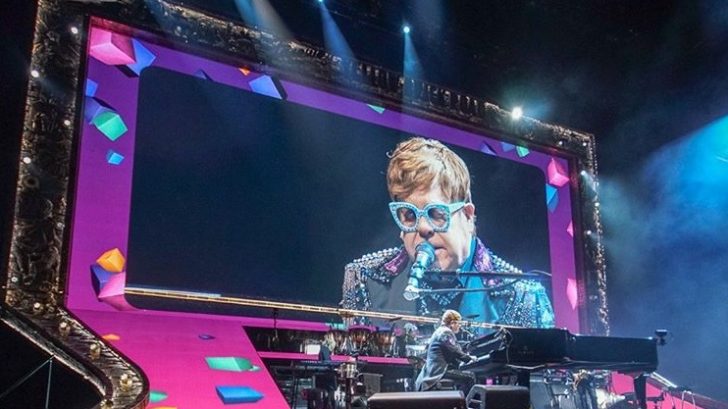 What never goes out of style? It’s something classic. Just like how classic rock is, it’s timeless and continues to welcome new listeners.

Relive the experience of classic rock and check out some of the biggest names in the genre that will be on tour this 2019:

Probably the most anticipated tour by Rolling Stones fans, the band is making its way around the country this year. The band’s last live performance was back in 2016, and now they’re back. Rolling Stones will only tour 13 cities, so for fans out there, better get your tickets quick!

The Rock and Roll Hall of Famer is making plans for his last tour this 2019. Reportedly, he has just added five more shows in this farewell tour. Watch him here performing at Las Vegas in the MGM Grand Garden Arena.

For fans who want to see Seber live, time to get those tickets! This is an opportunity that no one should pass up!

Heavy metal fans should be on alert! Judas Priest will go on a new tour this year. The rock band will be touring for two months in North America. One of the venues of their concert will be at the Microsoft Theater in Los Angeles. They’ll be playing new music along with their popular hits.

The band’s tour is titled Firepower, which also the name of their current album.

McCartney never left the music scene and is on tour this 2019. In the eve of the release of his album Egypt Station, the former Beatle will perform in Los Angeles and San Diego, at the Dodger Stadium and Petco Park respectively. Fans of his music shouldn’t miss out this great opportunity to see the man live.

Celebrating their 30th anniversary this year, Ringo Starr & His All-Starr Band will take their show on the road. Quite an impressive achievement and Starr wants to share this with all who made their success possible. Starr and company will only top in three states namely California, Illinois, and Tennessee.

Santana is embarking on the Global Consciousness Tour this year. The band has a successful residency in Las Vegas and have just extended. The tour will run throughout April but will have few dates before heading back to Las Vegas for their residency shows.

Along with Mickey Hart, Billy Kreutzmann, and Bob Weir, Dead & Company are continuing to tour. This year will mark their sixth tour ever since their formation last 2015. They will be going to Chicago at the Wrigley Field and at the Hollywood Bowl in Los Angeles.

Hart has clarified it that they are not working on anything new. The 2019 tour is all set.

Bringing the essence of 80s rock music into 2019, Whitesnake has just announced a worldwide tour. They have already set a dozen dates to perform in America which will take place from April until May.

Sir Elton John will be on his final tour this year. This will be Sir John’s final tour as he has announced that he will soon retire from music. The Farewell Yellow Brick Road Tour is making its first stop in North America until mid-March and will make a few stops in Canada. The second run of the tour will start in September.

Get your makeup ready? KISS certainly has. The band is all set and ready to go on their final tour or rather their second final tour. Their “last final tour” happened 18 years ago. KISS insists that the End of the Road Tour will be the last stage performance they will undergo.

The band addresses this 2019 tour as “their biggest show yet”. For every music fans out there, get your calendars marked already and reserve those tickets! Fans of the band will certainly want to hear “Rock and Roll All Nite” live for the last time.

Relive the best of the 80’s glam metal rock with Warrant this year! The band has actually been constantly on tours and recording. Their previous album was released last 2017 while 2019 will be concert tours that will start in November.

The Prince of Darkness returns and will be on his No More Tours 2 campaign this 2019. His Majesty’s presence adds to the roster of rockers who have designated the following year as their closing go-around. Osbourne looks like he will be retiring from music soon, he can still get the audience jamming to his songs.

Check out his 2017 performance right here: