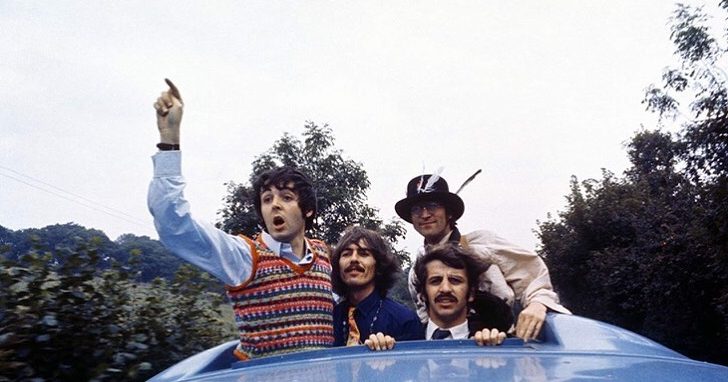 The Beatles had made large cultural impact on the world. It has been years since the group disbanded, but the group never fails to still captivate fans globally. Ever since the loss of John Lennon and George Harrison, the Beatles will never be the same.

The group’s memorabilia are sold at auctions and fetch for a hefty price. Their items are considered a piece of history. Not all Beatles fans can treat themselves to owning a one-of-a-kind Beatles memorabilia.

But perhaps a rare photo would do.

The Beatles’ official Instagram page has just recently posted a rare photo of the band in 1960s which also had a caption of George Harrison’s statement from an earlier interview.

“At that period, it was a perfect song because it was so simple — the message was so simple and it was a great excuse just to go right in the middle of that whole culture that was happening and give them a theme tune.” – George.

“At that period, it was a perfect song because it was so simple – the message was so simple and it was a great excuse just to go right in the middle of that whole culture that was happening and give them a theme tune.” – George ➿ #TheBeatles #1960s ➿ Photo © Apple Corps Ltd.⁣⠀

The Beatles were formed nearly 60 years ago, in Liverpool, England. The band has come a long way. From performing at pubs to touring the world, they were truly interesting. The Fab Four had sparked a worldwide change in history.

Sadly, the Beatles disbanded in 1970. But this didn’t stop members to pursue their own solo careers. Fans of the band hoped that somehow the group would reunite. But that was no longer possible with the untimely death of John Lennon and George Harrison lost his battle to lung cancer in 2001.

Even so, The Beatles’ music had not waned in popularity. Years after creation, their music are still attracting fans worldwide. Their songs filled with poetic lyrics. As fans left in that photo “All You Need Is Love.”

Beatlemania has never left the music scene. Though the band will never again be the same, they are still controversial and as interesting as ever. The Beatles’ glory still shines on.