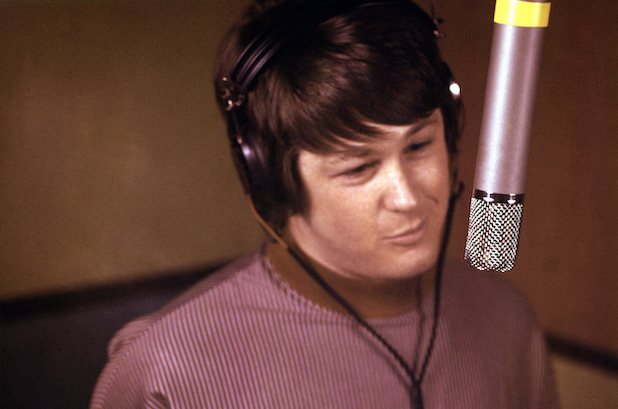 A New Species of Producer

Brian Wilson’s  reverence amongst his contemporaries is indescribably impactful, but I’ll try my best to allegorically explain it with the theory of evolution. Brian Wilson was the Island of Galapagos,  rock artists were the finches, his records were genius conclusions (i.e. Charles Darwin), and the shift in musical production was natural selection.

Much like an island, Brian was isolated from the Beach Boys and the music world. His conceptual ideas were initially scoffed at until he applied them in the studio. Once he started implementing those concepts into his albums, the artists that where releasing music were sort of sifted through and they either survived Brian’s impact or failed to succeed (i.e. finches).

He had already rooted himself and The Beach Boys in music history with the introduction of surf rock. Wilson co-lead, wrote, and composed all of their music including the breakthrough hit in 1963, “Surfer Girl.” This was a landmark year for Brian, mainly because it was his first time being credited as a producer.

His brother, Dennis Wilson, described Brian’s face the first time The Beach Boys were broadcasted on the national radio, “Nothing will ever top the expression on Brian’s face, ever … that was the all-time moment.”

Fast forward a bit to 1965 when Brian started working on Pet Sounds, after he suffered a mental collapse. This was his moment. The brilliant music man was coming back to the studio on his own terms and it was the perfect time to come out of his shell.  During this time, he was working solely on his own while The Beach Boys were touring Japan. The band’s vocals were over dubbed onto the record upon their return.

Pet Sounds was Brian’s fervent personal vision of what music was meant to be. He wanted to make something that was meant to be exclusively listened to. To make his vision a reality, Wilson implemented an army of session musicians (known as The Wall of Sound) and studio technology. Pet Sounds also got it’s “sounds” from: the glockenspiel, ukulele, accordion, electro-theremin, bongos, harpsichord, Coca cola-bottles, barking dogs, trains, and bicycle bells. Using these primitive “instruments,” Brian Wilson re-defined the the world. This form of innovation had NEVER  been attempted on a grand scale, by anyone who had the talent that he did.

The world-shattering album of love songs and conceptual dreams that became Pet Sounds was released in 1966.  People listened to the album as if it was an audio-novel and learned to fall in love with music as a production not just a song. The Beach Boys’ 11th album went onto to become one of the most ambitious and innovative albums ever made. Wilson layered unconventional harmonies with typical rock set ups and created the mashup into an orchestra of jazz, exotica, and avant-garde.

The interplay between The Beach Boys and The Beatles is legendary. Brian’s response to having heard the British band’s Rubber Soul, was Pet Sounds. The Beatles’ response to Pet Sounds was Sgt. Pepper Lonely Hearts Club Band.  Paul McCartney was heavily impacted by Brian Wilson, having named “God Only Knows,” as his favorite song of all time.

A 1968 Jazz & Pop review stated “Pet Sounds was a final statement of an era and a prophecy that sweeping changes lay ahead.”

You don’t often hear Brian Wilson’s name without the word “genius” attached. There’s no other word that encompasses his efforts so logically and simply. He became reclusive after the album’s success but would re-emerge with solo work in the 1980s and 1990s. In 2016 he embarked on Pet Sounds 50th Anniversary World Tour and published his autobiography, I Am Brian Wilson, that same year. There really is only one thing left to say about Pet Sounds… thank you, Brian Wilson.